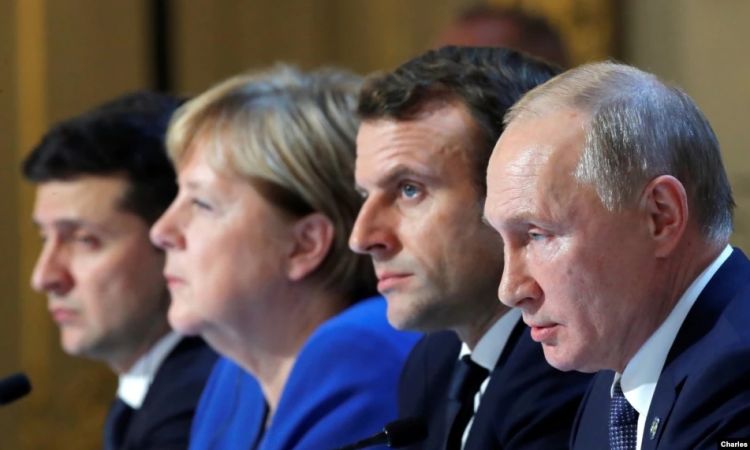 French President Emmanuel Macron said the international community has to “define clear red lines with Russia,” in an interview extract released Saturday, adding that countries must be ready to impose sanctions in case of “unacceptable behavior.”
His remarks, made during an interview with the US network CBS, came amid high tensions over a major military buildup by Russian forces along the border with Ukraine.
For all the latest headlines follow our Google News channel online or via the app.
Macron said the world needed to make it clear to Moscow that while it preferred “open and frank dialog,” it will not shy from imposing sanctions after any “unacceptable behavior.”
“Indeed, we have to sanction. This is what we did after (Russia annexed Crimea in 2014) or after a series of crises which happen. And I think we have to define clear red lines with Russia. This is the only way to be credible.”
He added: “I think that sanctions are not sufficient in itself, in themselves, but sanctions are part of the package. I do prefer constructive dialog, but to have a constructive and efficient dialog, you need credibility.”
Russia is believed to have deployed tens of thousands of soldiers near its border with Ukraine and in Crimea. Clashes along the border, which had nearly ceased after a cease-fire reached last summer, have recently resumed.
On Thursday, US President Joe Biden announced financial sanctions against Moscow and the expulsion of 10 Russian diplomats over a massive series of cyber attacks against US targets, as well as over Russian interference in American elections.
In addition, eight people linked to the “occupation” of Crimea were sanctioned.
But Biden also said he hopes to have a summit with Russian President Vladimir Putin in the coming months.
On Friday, Macron and German Chancellor Angela Merkel declared their support for Ukrainian President Volodymyr Zelensky and called on Russia to rapidly withdraw its troops from the border region.
CBS said it will air the full interview with Macron on Sunday.