The Russian information portal Aviapro reports about an air attack on the 82nd logistics battalion of the Ukrainian army, located in the city of Rubezhnoye, located a few tens of kilometers from Lugansk.

So far, there is no official confirmation from the authorities about the attack, but sources on the information portal claim that an unknown UAV attacked with the help of an attacking drone.
Photographs claiming to be from the attack this morning on the 82nd Ukrainian Battalion show destroyed equipment and buildings. An 82nd Battalion is a logistical unit of the Ukrainian Army providing material support to the soldiers on the battlefield. Sources claim that at least eight units of military equipment were destroyed – one oil tanker and seven military trucks. 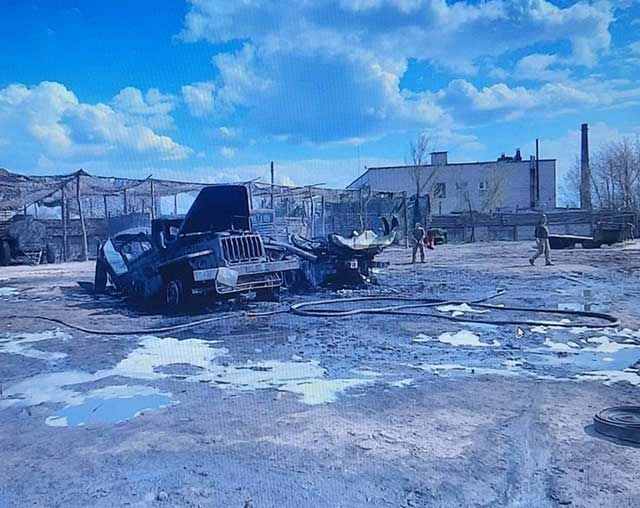 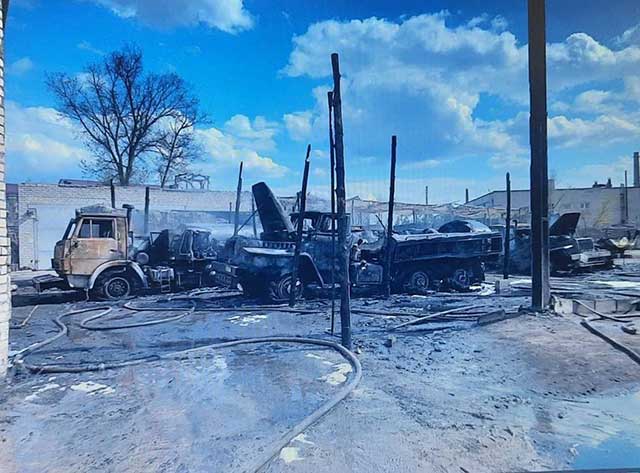 There is no information about injured people. Aviapro also distributed a video claiming that it was filmed minutes after the drone attack. The video shows only a ball of huge smoke rising a few blocks from the camera’s position.
Such an incident could further aggravate the situation in Luhansk and Donbas.