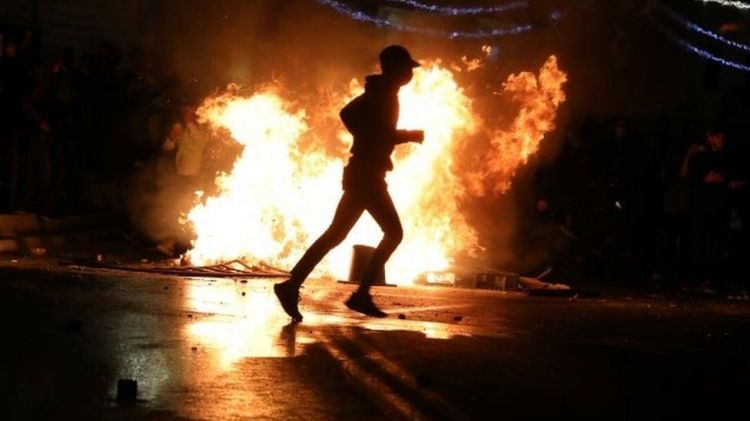 A large number of people have been injured in clashes in East Jerusalem between far-right Jewish activists, Palestinians and Israeli police.

It follows nights of confrontations in the Israeli-occupied sector amid rising nationalist and religious tensions.

East Jerusalem has long been a flashpoint, with an uneasy coexistence there between Jews and Arabs.

The worst fighting in days broke out on Thursday night after hundreds of Jewish extremists from the ultra-nationalist Lehava group marched towards the Damascus Gate entrance of Jerusalem's Old City - where large numbers of Palestinians had gathered - chanting "Death to Arabs".

Stones and bottles were thrown between the two sides, and police used stun grenades, tear gas and water cannon to try to disperse the crowds.

The Palestinian Red Crescent said at least 100 Palestinians were injured, while police said 20 officers were hurt. More than 50 people were arrested.

There have also been a number of attacks by Jews on Arabs in Jerusalem this week, including an incident where Jewish youth chanting anti-Arab slogans assaulted an Arab driver who stopped to remonstrate with them.