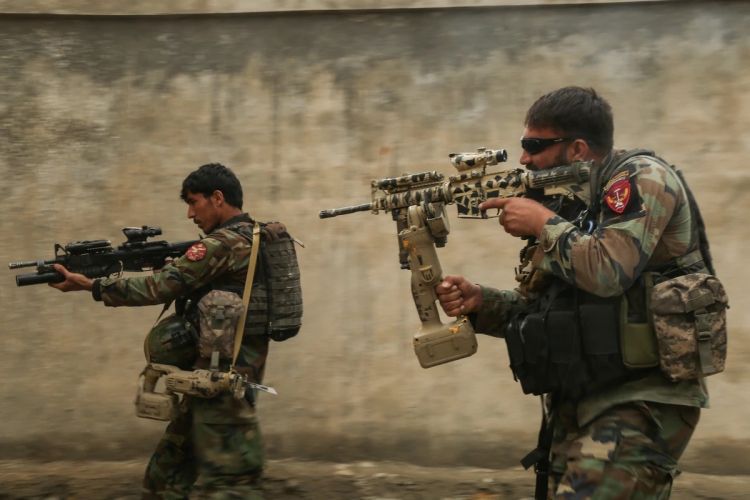 As many as 81 Taliban terrorists were killed and 52 others were injured across Afghanistan in the past 24 hours, the Afghan Defence Ministry said on Sunday. The Afghan National Defense and Security Forces (ANDSF) carried out operations in several provinces including Ghazni, Badghis, Kandahar, Helmand, and Takhar.

"81 Taliban were killed and 52 others were wounded in Kunar, Ghazni, Badghis, Balkh, Kandahar, Helmand, Faryab, and Takhar provinces in the reciprocal operation of Afghan National Defense and Security Forces (ANDSF) during 24 past hours. In addition, 19 IEDs were which were placed by the Taliban on public roads were destroyed and defused," Afghan Defence Ministry tweeted.

This recent surge in operation from the Afghan national forces comes as the US troops have formally started their drawdown from the war-torn country.

On Saturday, Afghanistan's Acting Defense Minister General Yasin Zia had said that the US and the North Atlantic Treaty Organisation (NATO) forces have started their withdrawal from the country - as the May 1 deadline agreed in Doha deal has approached.

"The withdrawal of foreign forces has practically started," he said. "They will hand over the areas where their logistics issues have been addressed will be handed (to Afghan forces) by the end of this week," Zia said, as quoted by Tolo news.

The United States has around 2,500 troops in Afghanistan and as per Biden administration's announcement last month, their number will be zero by September 11.

On Friday, the representatives of the extended "Troika", comprising the US, Russia, China, and Pakistan met in Doha and discussed ways to support intra-Afghan negotiations and help the parties reach a negotiated settlement, along with a permanent and comprehensive ceasefire.

"We expect the Taliban to fulfill its counter-terrorism commitments, including preventing terrorist groups and individuals from using Afghan soil to threaten the security of any other country; not hosting these groups and preventing them from recruiting, training, and fundraising. We expect the Afghan government to continue counterterrorism cooperation with the international community," the group of countries said in a joint statement.