The refusal of Kocharyan-Sargsyan blocs to recognize results of elections is tactical character - Expert
Read: 383

Friendship and brotherhood between Azerbaijan and Turkey nations are our greatest wealth - Parliament Speaker
Read: 257 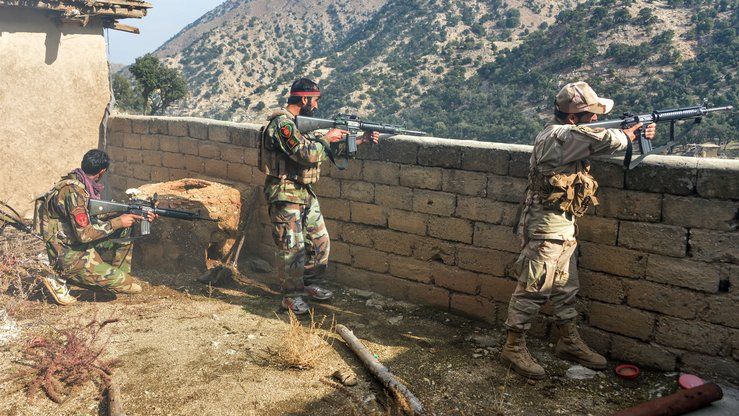 Afghanistan’s security forces and military have liquidated 181 militants of the radical movement Taliban (outlawed in Russia) over the past day as a result of a counteroffensive in several provinces, launched in response to the Taliban’s customary springtime attacks, Afghanistan’s National Defense ministry said in a communique on Tuesday, Eurasia Diary reports citing Tass News.

The worst clashes were in Hilmand Province, in the southwest of the country (106 militants, including eight influential warlords, were killed). Hostilities occurred in Ghazni, Kandahar, Laghman, Zabul, Herat and Baghlan provinces. The counter-offensive destroyed a large amount of weapons and ammunition belonging to the Taliban.

The armed clashes between the Taliban and government forces in Afghanistan have surged up as attempts to get peace talks going are stalled. The conflicting parties adhere to irreconcilable positions: the government demands the conclusion of truce as number one precondition, while the Taliban argues that a future Constitution and state system must be negotiated and a coalition government formed first and armistice declared afterwards.

In the meantime, the TOLOnews broadcaster has quoted sources as saying that the United States and the Taliban are in talks on the possibility of completing the US troop pullout from Afghanistan by the middle of the summer, and not early September.