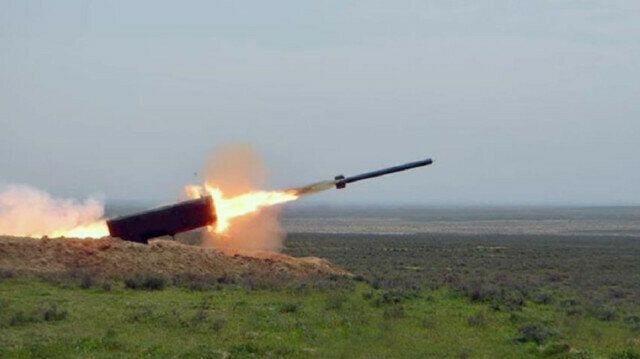 No casualties or damage were reported from the attack, said Awad al-Hweisik, the head of the city's media office.

Al-Hweisik termed the rebel attack as "systematic terrorism against the city’s civilians”.

There was no comment from the Houthis about the attack.

Houthi rebels have stepped up attacks in recent weeks to take control of oil-rich Marib province, an important stronghold of the legitimate government and home to the headquarters of the Yemeni Defense Ministry.

Yemen has been ravaged by violence and instability since 2014 when Houthi rebels captured much of the country, including the capital, Sanaa.

The crisis escalated in 2015 when a Saudi Arabia-led coalition launched a devastating air campaign to roll back Houthi territorial gains. It has since caused one of the world's worst man-made humanitarian crises with 80% of the population in need of assistance and protection.