The refusal of Kocharyan-Sargsyan blocs to recognize results of elections is tactical character - Expert
Read: 335

Friendship and brotherhood between Azerbaijan and Turkey nations are our greatest wealth - Parliament Speaker
Read: 227

"Schools should be safe havens for children, not zones of war." 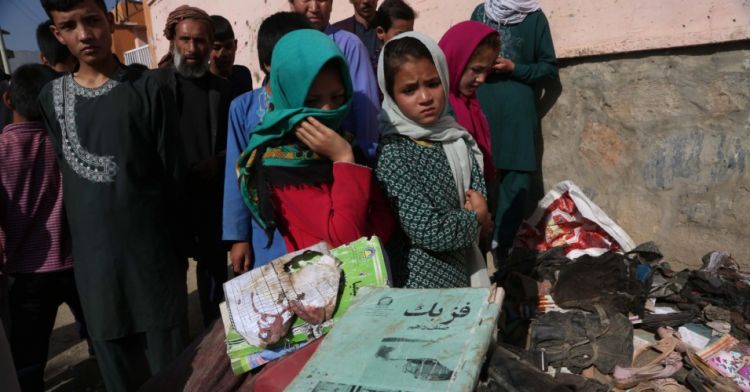 Dozens of Afghan families held funerals Sunday, a day after three bombs were detonated outside a school in Kabul, killing at least 68 people and injuring another 165 victims in an act of violence that one survivor suggested was carried out by those who don't want girls "to study and get educated and move forward."

According to an eyewitness, nearly all of the victims were girls leaving the building at the conclusion of the school day. Boys attend classes in the morning and girls in the afternoon.

"Countless girls were lying down on the street in blood, some were motionless and many more were screaming from injuries," said one local resident, who ran to the school gate after he heard the first blast. "I did not know what to do, where to start."

Explosions on Saturday evening shook the neighbourhood of Dasht-e-Barchi, home to a large community of Shiites from the Hazara ethnic minority which has been targeted in the past by Islamic State, a Sunni militant group.

A car bomb was detonated in front of the Sayed Al-Shuhada school and two more bombs exploded when students rushed out in panic.

"I was with my classmate, we were leaving the school, when suddenly an explosion happened, " said 15-year-old Zahra, who suffered a broken arm.

One unnamed Afghan official told Reuters that "the first blast was powerful and happened so close to the children that some of them could not be found." Multiple families were still searching for missing relatives in hospitals and morgues on Sunday as burials began.

Sharif Watandoost, a member of a volunteer group helping families bury victims, said that "people are devastated in this region."

"Everybody in the neighborhood is in grief, they either lost their sister and daughter or a relative or have an injured girl at home," said Watandoost. "This catastrophe has shocked everybody."

Several prominent figures around the world condemned the attack, including Pope Francis, who called it an "inhuman act," and United Nations Secretary-General António Guterres, who described the bombing as a "heinous crime."

"Violence in or around schools is never acceptable," said Fore. "Schools must be havens of peace where children can play, learn and socialize safely."

Afghanistan's President Ashraf Ghani on Saturday "blamed Taliban insurgents," but a spokesperson for the group, which has sought to overthrow the foreign-backed government since being ousted from power in 2001, "denied involvement and condemned any attacks on Afghan civilians," Reuters noted.

The Taliban "insisted they have not carried out attacks in Kabul since February last year, when they signed a deal with Washington that paved the way for peace talks and withdrawal of the remaining U.S. troops," The Guardian reported. "But the group has clashed daily with Afghan forces in the rugged countryside even as the U.S. military reduces its presence."

Although the U.S. was supposed to have pulled out all of its forces by May 1, President Joe Biden pushed the date back to September 11, a move that prompted the Taliban to forego 10 days of United Nations-led peace talks last month.