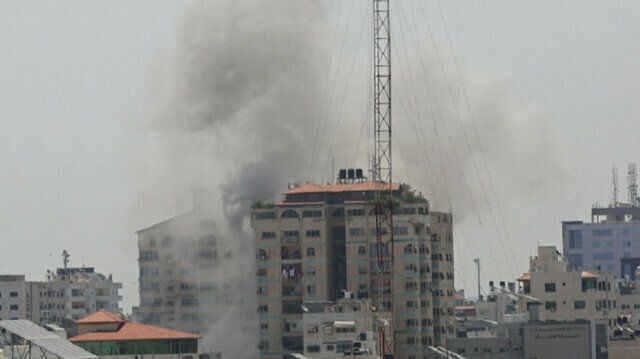 According to Maariv daily, Gantz made the decision following a meeting with his chief of staff Aviv Kochavi and top security officials in Israel to evaluate the situation in Gaza.

Israeli Channel 13 reported that the reservists will be deployed in areas around Gaza to reinforce security.

Until Tuesday morning, 24 Palestinians were killed, including 9 children, and 822 others injured in Israeli attacks in the Gaza Strip and clashes in the West Bank and East Jerusalem.

The Israeli army said late Monday that it had launched a military operation, code-named "Guardian of the Walls", to respond to what it said rocket fire from the Gaza Strip.

Tension moved from East Jerusalem to Gaza after Palestinian resistance groups in Gaza vowed to retaliate Israeli assaults on Al-Aqsa Mosque and Jerusalem’s Sheikh Jarrah neighborhood if not halted.