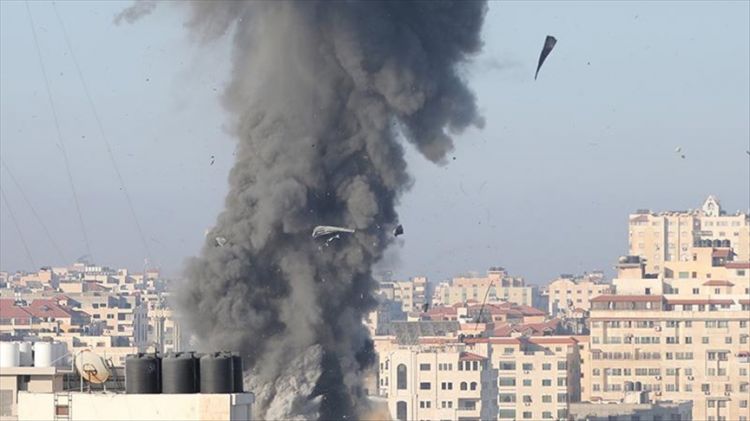 Israeli warplanes bombed the northern and southern parts of Gaza, targeting Palestinian resistance groups and a house in the north, the sources said.

In the south, a house that had already suffered bomb attacks was targeted a second time by planes, and attacks were also carried out with artillery fire at various points.

A total of 139 people, including 39 children and 22 women, have been killed in Israeli attacks which began last Monday, and 950 people injured.

Tensions have been running high in the Sheikh Jarrah neighborhood of East Jerusalem and at the Al-Aqsa Mosque since the Muslim fasting month of Ramadan, as Israeli forces and settlers assaulted Palestinians.

Tensions spread from East Jerusalem to Gaza after Palestinian resistance groups there vowed to retaliate for Israeli assaults if they were not halted.