What are impacts of Shusha declaration on peace, prosperity and stability in the region? - View from Pakistan
Read: 422 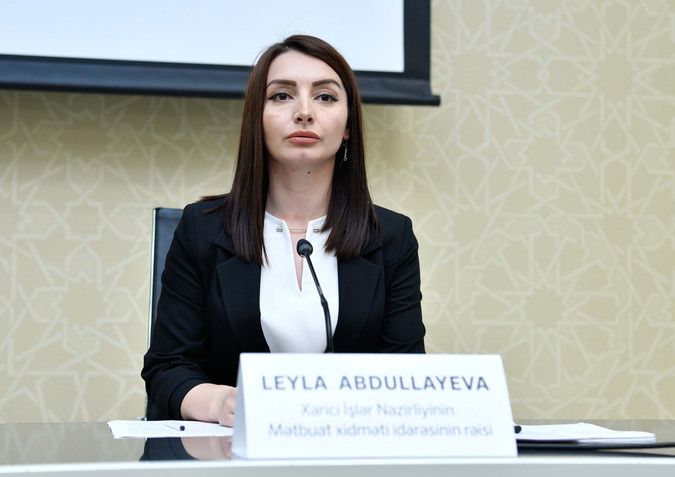 Claims as if Azerbaijan violated 'sovereign territory' of Armenia are absolutely baseless, Eurasia Diary reports citing head of the Press Service Department of the MFA of Azerbaijan Leyla Abdullayeva.

Leyla Abdullayeva added that the MFA of Azerbaijan and State Border Service released information and brought clarity to the situation on the border tension between Armenia and Azerbaijan.

"As it has already been stated in our official releases, with the improvement of weather conditions in the liberated regions of Azerbaijan that border with Armenia, Azerbaijan continues its work on the border protection system carried out within the territorial integrity of Azerbaijan. This process is carried out on the basis of maps available to each of the sides that define the border line between Armenia and Azerbaijan," the MFA spokesperson noted.

She stressed that Azerbaijan always stands for the respect of the sovereignty, territorial integrity and inviolability of the internationally recognized borders.

"Certainly, mutual respect for these principles, establishing good neighborly relations on this basis and embarking on border delimitation / demarcation process in good faith is the only way forward to settle any dispute that might arise. Armenia and Azerbaijan have newly emerged from the war and successful border demarcation and delimitation is key to peace and security. Let me also stress that over the last months several disagreements occurred between the sides on border issues, and all of them were settled via negotiations among the sides to the trilateral statements. We believe that such disagreements should be resolved via political and diplomatic means," Leyla Abdullayeva said.