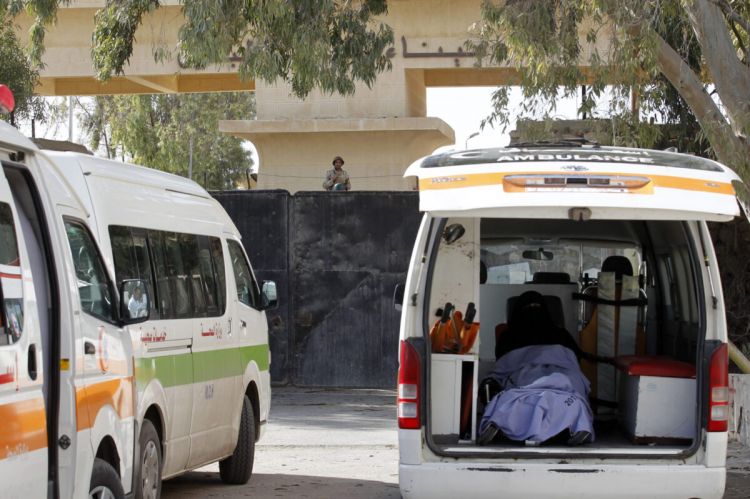 Secretary-General of the Egyptian Medical Syndicate Osama Abdel-Hai has announced that as many as 1,200 Egyptian doctors have signed up as volunteers to go to the besieged Gaza Strip to treat Palestinian victims wounded by the Israeli aggression.
Abdel-Hai confirmed that a list of doctors' names and their official documents would be prepared in coordination with the Egyptian Ministry of Foreign Affairs for the next step.
The syndicate, in coordination with the Egyptian Red Crescent, are preparing a shipment of medicines and medical supplies to be sent to the Gaza Strip.
The syndicate also receives donations from citizens through the Egypt Cares Committee to finance the needs of Gaza hospitals.
The Egyptian authorities have already sent ten ambulances to the Rafah border crossing with Gaza to transport a number of wounded Palestinians for treatment in Egyptian hospitals.
Egypt has also designated the hospitals in El-Arish, Bir al-Abd, and Ismailia to receive and treat the wounded in Gaza.