Any incident between Russia and NATO may escalate up to the use of nuclear weapons - Expert
Read: 359 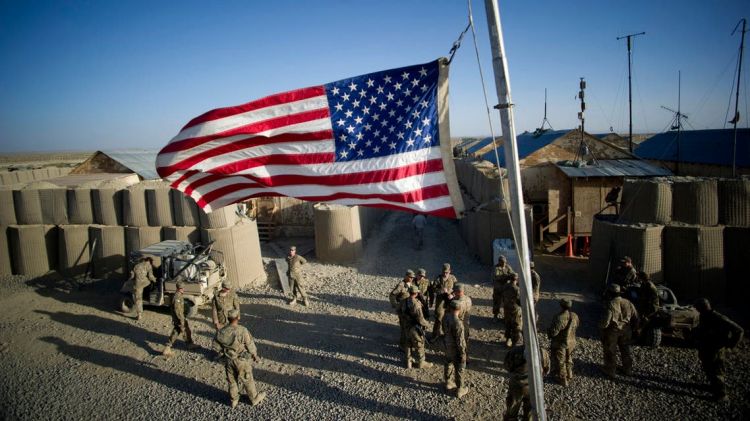 The Taliban warned Afghanistan’s neighbors Wednesday against allowing the US to operate military bases on their soil, the insurgents insisting they would thwart such a “historic mistake”.
Washington is in the final stages of withdrawing its troops from Afghanistan, and a flurry of diplomatic calls between the US and Pakistan in recent days has fuelled speculation the Pentagon is scouting for new bases to use against the Taliban.
“We urge neighboring countries not to allow anyone to do so,” the Taliban said in a statement.
“If such a step is taken again, it will be a great and historic mistake and disgrace.”
They would “not remain silent in the face of such heinous and provocative acts”, the statement added.
Several of Afghanistan’s neighbors allowed the US military limited use of air bases in the early 2000s after the overthrow of the Taliban.
Such overt physical support has largely ended, however, although some countries do allow their airspace to be used for military flights.
Pakistan on Tuesday dismissed local media reports that it had struck a new deal with Washington.
“This news is baseless and speculative,” Foreign Minister Shah Mahmood Qureshi told the Senate.
“I want to make it clear on the floor of the house... that Pakistan, under the leadership of Imran Khan, will never allow any American base on its soil.”
The Taliban and Washington entered into a landmark deal last year that paved the way for the withdrawal of all foreign forces from Afghanistan.
In return, the Taliban said it would not allow Afghanistan to be a base for extremist groups such as al-Qaeda and ISIS.
US President Joe Biden announced last month that all remaining 2,500 American troops would leave Afghanistan by September 11, the 20th anniversary of al-Qaeda attacks in the US that led to the invasion of the country.
But the withdrawal has raised concerns over whether Afghan government forces alone can fight the Taliban.
Violence has soared in recent weeks as government forces and the Taliban clash in near-daily battles, with the insurgents pressing on with their campaign to capture more territory as peace talks to end the war remain deadlocked.