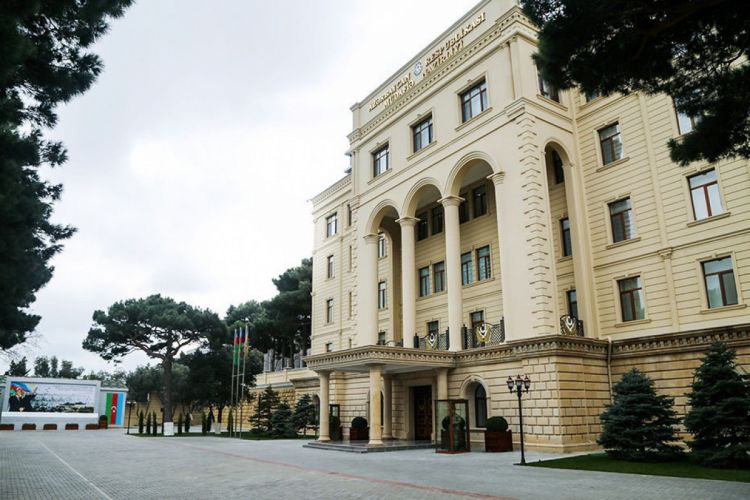 On the night of May 27-28, our positions near the Ashagi Buzgov settlement in the Babek region of the Nakhchivan Autonomous Republic came under fire by the Armenian armed forces from several directions, the Ministry of Defence told, APA reports.

As a result, serviceman Muradov Elkhan Ilham was wounded in the shoulder. The wounded soldier was immediately received first medical aid, after which he was taken to the hospital.

The leadership of the Ministry of Defense wishes the wounded soldier a speedy recovery.

The opposite side was suppressed by the retaliation fire of the units of the Combined Arms Army.

We declare that Armenia bears full responsibility for the relative aggravation of the situation in the Nakhchivan section of the Armenian-Azerbaijani state border. We call on the Armenian side to refrain from provocations and other steps that may aggravate the situation and to act responsibly.