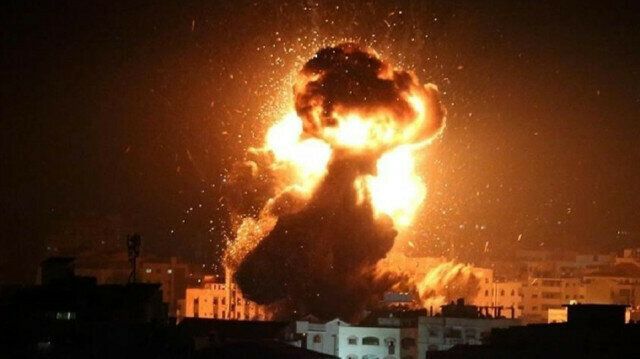 Israeli warplanes carried out airstrikes early Friday on positions in the Gaza Strip belonging to the Palestinian resistance group Hamas.
"In response to the arson balloons launched from Gaza toward Israel today, IDF fighter jets struck a weapons manufacturing site used to research and develop weapons belonging to Hamas tonight," Israel Defense Forces said on Twitter.
Hamas has yet to issue a statement on the airstrikes.
From May 10-21, Israel launched airstrikes on the Gaza Strip, killing at least 289 Palestinians and wounding thousands of others, while Palestinian factions responded by firing missiles towards Israeli cities.
It came against the backdrop of an Israeli court decision to evict Palestinian families from their homes in the Sheikh Jarrah neighborhood in occupied East Jerusalem.
Thirteen Israelis were killed by Palestinian rocket fire from the Gaza Strip.
The violence ended under an Egyptian-brokered cease-fire that took effect on May 21.