Government asks for deportations to be halted for three months 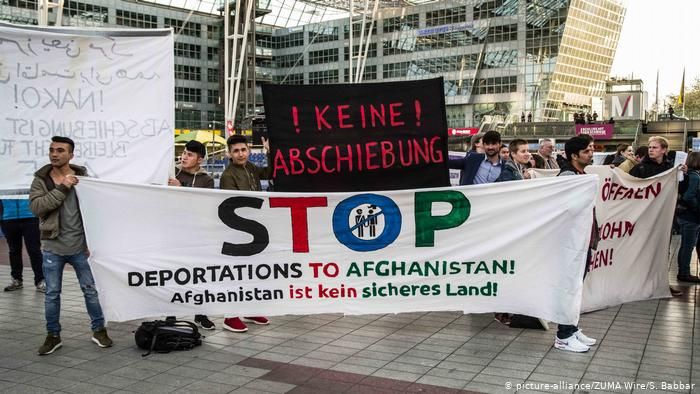 Afghanistan has urged European countries to stop forced deportations of Afghan migrants for the next three months, as security forces battle violence caused by a Taliban offensive.
The UN said on Sunday that the rising conflict was also causing "more suffering" across the battle-racked country as it urged for continuous financial aid.
Afghanistan is facing a crisis as the insurgents gain territory across the countryside, stretching government forces and leading to a new wave of internally displaced families, complicated by a renewed outbreak of Covid-19.
"The escalation of violence by the Taliban terrorist group and the spread of the third wave of [Covid-19] have caused a great deal of economic and social unrest, creating concerns and challenges for the people," Afghanistan's Refugees and Repatriation Ministry said on Saturday.
"The government's decision emphasises that host countries should refrain from forcibly deporting Afghan refugees ... for the next three months."
The ministry said that the return of Afghans from Europe was worrying.
There were almost 2.5 million registered refugees from Afghanistan in 2018. It was the second-largest refugee population in the world, the UN refugee agency said.
The vast majority are in neighbouring Pakistan, followed by Iran, and Europe.
While more than 570 Afghan refugees voluntarily returned to the country between January and March this year, aided by the UN, only six came from outside Pakistan and Iran, the UN agency said.
Afghans make up a large share of EU asylum seekers, with 44,190 first-time applications last year, out of a total of 416,600, the EU's statistics agency Eurostat says.
Italian Prime Minister Mario Draghi last month said Europe should brace for a new flow of migrants from Afghanistan after foreign forces leave the country.
This year, several EU countries agreed to offer asylum to Afghans who worked with foreign troops and are at risk of revenge from the Taliban.
Afghanistan recorded more than 1,000 cases of Covid-19 on Sunday, the Health Ministry said.
Almost 135,000 cases and more than 5,700 deaths have been reported since the pandemic began, with the country relying on donations from the international community to vaccinate its population.
Ramiz Alakbarov, the UN deputy special representative for Afghanistan, said the country was also facing increased difficulties with the growing conflict since the Taliban launched their offensive.
"Pre-existing humanitarian needs are further exacerbated," Mr Alakbarov said.
He said that at least half of the country's 33.5 million people needed humanitarian assistance.
"Escalation of military activities and escalation of conflict and war is causing more suffering," Mr Alakbarov said.
He said that so far this year 25 humanitarian aid workers were killed while delivering relief to the needy.
Mr Alakbarov called for continued financial support to meet Afghanistan's humanitarian assistance, adding that $450 million had come so far as global donations after an appeal for $1.3 billion for 2021.
"The needs are so much greater," he said.