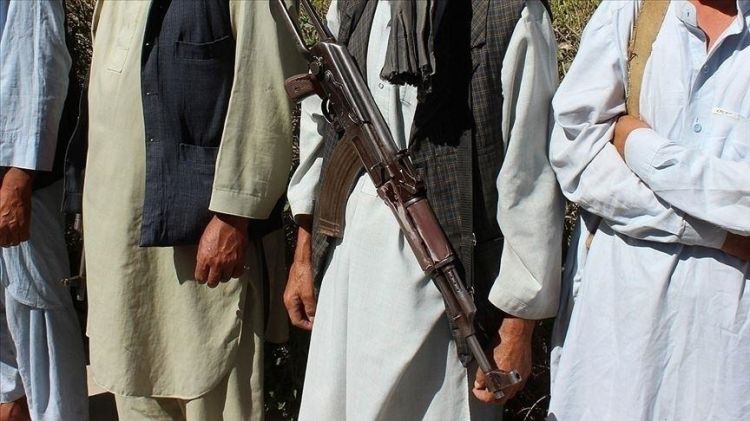 Amid ensuing Taliban attacks, the Afghan government on Saturday imposed a night curfew in 31 out of 34 provinces of the war-ravaged country.
According to the country's Interior Ministry, apart from the province of the capital Kabul, as well as the neighboring Nangarhar and Panjshir provinces, the curfew would be imposed across the country from 10.00 p.m. until 4.00 in the morning.
The ministry's spokesman, Ahmad Zia Zia, urged residents to refrain from traveling in their cities and neighborhoods after night curfew begins as law enforcement agencies have been directed to ensure its implementation.
This came on the heels of mounting Taliban assaults that have led to fall of nearly 200 districts to the insurgents since May, when US President Joe Biden announced an exit plan from Afghanistan.
To stem the Taliban assaults, the Afghan forces have also intensified air and ground offensives.
"262 #Taliban terrorists were killed and 176 were wounded as a result of #ANDSF (Afghan National Defense and Security Forces) operations in Laghman, Nangarhar, Nuristan, Kunar, Ghazni, Paktia, Kandahar, Herat, Balkh, Jowzjan, Helmand, Kunduz & Kapisa provinces during the last 24 hours. Also, 21 IEDs were discovered & defuse," tweeted the Defense Ministry on Saturday.
For their part, the Taliban on Friday issued a warning against the recent US air strikes in support of Afghan forces.
The insurgents also expressed concerns on Afghan President Ashraf Ghani's recent "strategy" on bringing peace and order in the coming six months.
Ghani said last week that a strategy to bring security to the war-ravaged country was chalked as the Taliban seem unwilling to make peace.
Flanked by an array of Afghan politicians and top government officials, Ghani made these remarks as he delivered a traditional Eid al-Adha speech after offering prayers despite rocket attacks at the presidential palace in the capital Kabul on Tuesday morning.
Calling for comprehensive nationwide support for democracy in the country, Ghani said all Afghans must unite behind their security forces for at least six months to make the Taliban realize what they want.
"The Taliban are not abiding by their promises. They have not showed up for meaningful talks, but are speaking via 'sword'," said Ghani, voicing regret for the release of 5,000 insurgents in line with the US-Taliban deal in February last year.