B'Tselem accuses Israeli soldiers of opening fire on 11-year-old Mohammad Al Alami, who posed no threat to them 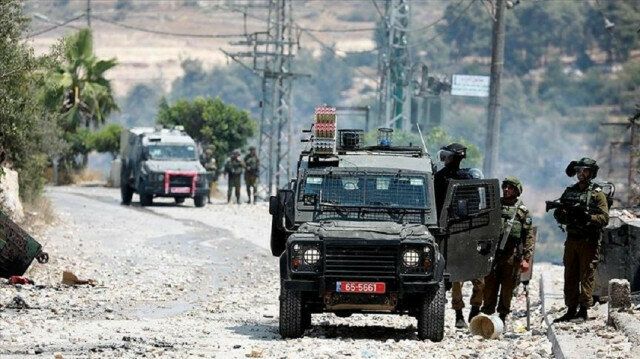 A local human rights group released videos Tuesday which documented the moment an 11-year-old Palestinian boy was killed in cold blood by Israeli forces in the occupied West Bank.
The footage released by B'Tselem shows the car in which Mohammad Al Alami, his father and his two brothers were traveling in before Israeli soldiers ran towards it and opened fire, despite the family not posing any threat.
Mohammad was shot in the chest during the incident, which occurred in the West Bank town of Beit Ummar near Hebron.
B'Tselem also rejected the Israeli army’s narrative that the soldiers suspected the car of being involved in discarding the remains of a newborn baby earlier and said this did not justify opening fire on the car.
The Israeli army claimed the car failed to stop after being warned by the soldiers, who then shot at the tires -- a claim rejected by Al Alami's family.
Several Palestinian and international rights groups have accused Israeli forces of shooting at Palestinians who do not pose any threat or danger to them and of being indifferent towards Palestinian lives.