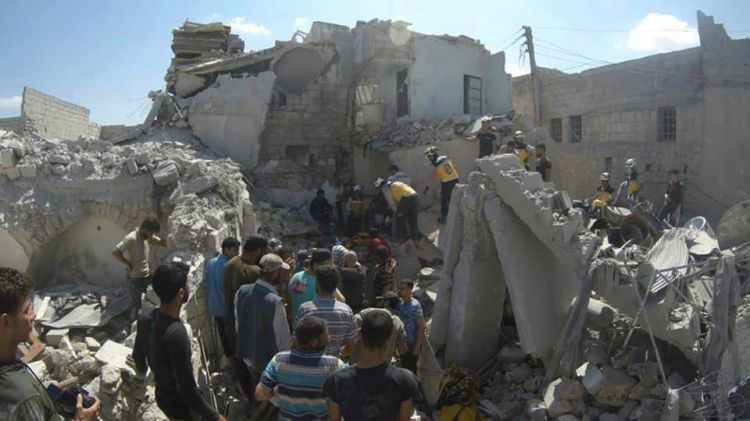 A man, named as Loay al Hajji, was killed on September 18 when a fixed- wing warplanes which we believe were Russian fired missiles at al Kenda village in the western suburbs of Idlib governorate, severely damaging a number of homes.

SNHR notes that this shelling is a breach of the ceasefire agreement reached following consultations between the Turkish and Russian presidents, which came into effect on March 6, 2020.

Through this action, Russian forces have, without doubt, committed another violation of Security Council resolutions 2139 and 2254 which prohibit any further indiscriminate attacks, as well as violating the rules of international humanitarian law which stress the distinction between civilians and combatants. Attacks of this nature spread terror and panic among civilians, leading them to flee their lands and homes in an attempt to reach safety, and forcibly displacing them, with the number of internally displaced persons within Syria currently standing at approximately 6.5 million Syrian citizens in total. The international community should put pressure on the Syrian regime and its allies to force them to compensate the displaced victims, rehabilitate homes and vital centers, support the process of political transition, and press all parties to pursue implementation of political transition according to a strict timetable which must not exceed six months, thus enabling millions of refugees and IDPs to return homes.