Another evacuation flight leaves Afghanistan with 28 U.S. citizens onboard 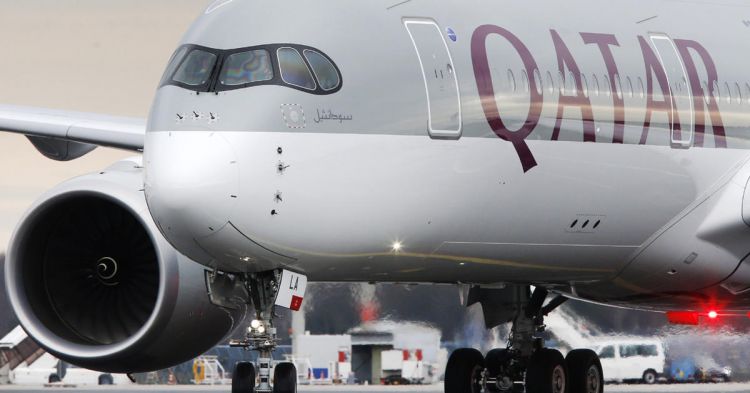 Twenty-eight U.S. citizens and seven lawful permanent residents were evacuated from Afghanistan on Friday, the U.S. State Department said Saturday afternoon.
"We can confirm that a Qatar Airways charter flight departed from Kabul yesterday with 28 U.S. citizens and 7 lawful permanent residents on board," Ned Price, the department's spokesman, said in a statement. "We are grateful to Qatari authorities, who continue to coordinate these flights with us. We will continue to help U.S. citizens and Afghans affiliated with the U.S. government to depart Afghanistan. The international community welcomes the Taliban's cooperation on these flights, and we will continue our engagement so that U.S. citizens and Afghans enjoy full freedom of movement."
It was not clear how many others were onboard the flight and the State Department did not reveal where the plane landed.
The flight comes exactly one week after an evacuation flight departed from the Taliban-controlled country with 19 U.S. citizens onboard. One day earlier, the Taliban allowed a flight carrying Americans and other foreign nationals to depart the country for the first time since U.S. forces withdrew last month.
Last week, two U.S. citizens and 11 legal residents took an "overland route" out of the country as well. "We provided guidance to them, worked to facilitate their safe passage, and Embassy officials greeted them once they had crossed the border," Blinken said at the time.
It was not clear which border they traveled to.
U.S. forces left Afghanistan on August 31, ending a 20-year war. In the weeks leading up to the final withdrawal, U.S. citizens, Afghan citizens who helped U.S. forces over the course of the war and other foreign nationals scrambled to flee the country before the Taliban retook control.
It is not clear how many Americans still remain in Afghanistan. Prior to the evacuation flights resuming, Blinken estimated that about 100 U.S. citizens who wanted to leave were still in the country. He said that U.S. officials were in contact with all of them.