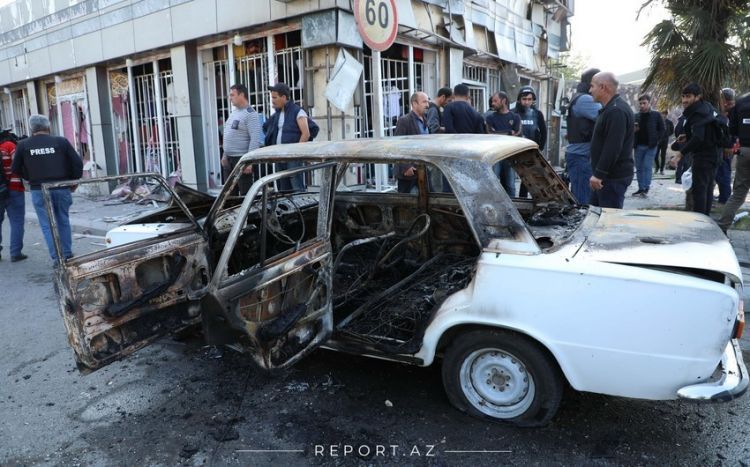 One year has passed since Armenia’s shelling at Barda next time during Patriotic War.

As a result of the strikes on densely populated areas and trade facilities were located, 21 people were killed, about 70 people were injured, the city's civil infrastructure and vehicles were severely damaged.

Note that one day before this – on October 27 at about 4 p.m. Armenian armed forces fired at Garayusifli village of Barda district of Azerbaijan using heavy artillery.

As a result, 5 civilians were killed, 13 people were wounded.

During the Patriotic war – from September 27 to November 10, on October 5, 8, 27, 28 and November 7, as a result of shelling of Barda district using various weapons, missiles and banned cluster bombs, in total, 29 residents of the district were killed, 112 people were wounded. Two of the killed were children, 8 of them were women and 19 of them were men.

During the Patriotic war, besides Barda, the Armenian armed forces shelled at other Azerbaijani residential settlements. During the 44-day Patriotic War, Ganja was subjected to missile shelling by Armenia on October 4, 5, 8, 11 and 17, 26 civilians (one infant, 5 children, 10 women, 10 men) were killed, 175 people were injured.

During the Patriotic War, as a result of shelling Azerbaijani residential settlements by Armenia, in total, 93 civilians (one infant, 11 children, 27 women, 54 men) were killed, 454 civilians were injured.