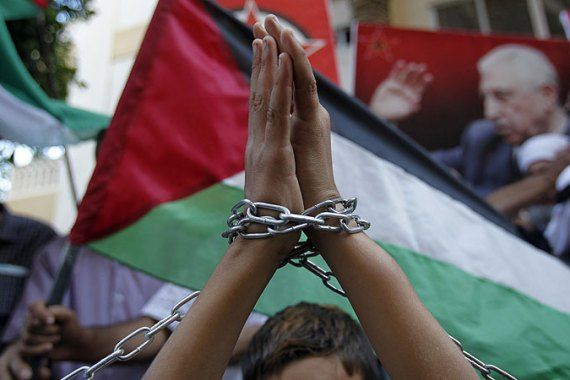 Palestinian prisoner Sami Umour, 39, has died in Israeli custody at Soroka Hospital in the Naqab.
Imprisoned since 2008, Umour suffered from congenital heart problems that Palestinian prisoner groups say were exacerbated because of Israeli medical negligence and difficult detention conditions.
According to the Palestinian Prisoners Society (PPS), Umour was transferred several days ago from Nafha prison to Asqalan prison. He was then taken to Soroka Hospital in Beer el-Sabe after his health deteriorated, where he underwent two surgeries before he died on Thursday.
Umour hailed from Khan Younis in the Gaza Strip, and was sentenced to 19 years in prison. He was banned from family visits during the majority of the 13 years he spent behind bars, except for a few meetings with his mother at the start of his detention.
PPS said medical negligence “constitutes the most prominent systematic policy that has caused the death of prisoners in the past few years”. Since Israel’s occupation of the West Bank and Gaza Strip in 1967, 72 Palestinian prisoners have died from medical negligence in Israeli prisons, according to PPS.
In September, former Palestinian prisoner Hussein Masalmah died seven months after being released from Israeli prisons. Masalmah had complained of severe abdominal pains while being held in Israel’s southern Naqab prison for two months before prison authorities transferred him to Soroka Hospital, where he was diagnosed with an advanced stage of leukaemia before being released, according to prisoner groups.
In November last year, prisoner Kamal Abu Waer, arrested in 2003 and serving a life sentence, died after being diagnosed with cancer a year prior.
According to the Palestinian Authority, more than 500 male and female Palestinian prisoners in Israeli jails suffer from illnesses, including dozens with cancer.
Ramallah-based prisoner rights group Addameer says Israeli occupation authorities employ a “policy of medical neglect” towards Palestinian prisoners, which manifests in “denying their responsibility in providing appropriate healthcare, and periodic medical checkups for prisoners and detainees”.
There are 4,650 Palestinian prisoners in Israeli jails, including 200 children and 520 administrative detainees held without trial or charges, according to Addameer.