According to the President of Kazakhstan, the country experienced the hardest crisis in the history of independence 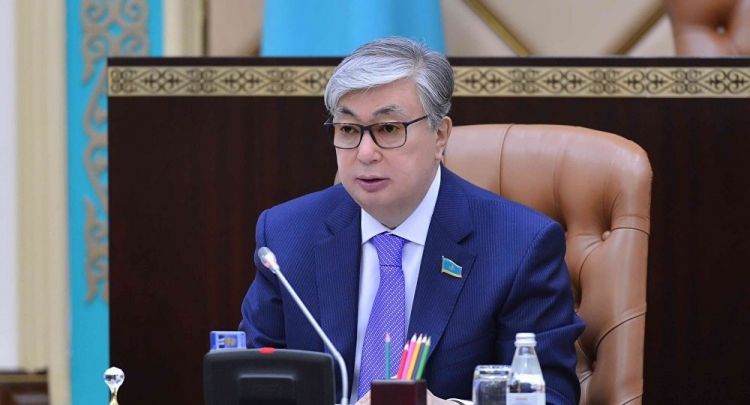 Kazakh President Kassym-Jomart Tokayev called protests in the country an attempted coup. He said this during the online meeting of the Russian-led CSTO military alliance (Collective Security Treaty Organization), Sputnik Kazakhstan reports.
In a speech, Tokayev said that order had now been restored in Kazakhstan, but that the hunt for "terrorists" was ongoing
"The main goal of terrorists was to seize power," Tokaev said.
He noted that the country experienced the hardest crisis in the history of independence.
Also, Tokayev said that "militants" allegedly planned to strike the capital of Kazakhstan. However, the initial plan was to capture Almaty, and then south of the country.
"The main blow was directed against (the city of) Almaty. The fall of this city would have paved the way for a takeover of the densely populated south and then the whole country," he said. "Then they planned to seize the capital."
He specified that due to unrest and clashes there were victims among the civilians. The death toll is still unknown.
The unrest in Kazakhstan began on the background of rise of autogas prices, clashes with security forces, seizures of administrative buildings and looting began in the cities.
By January 4, protests covered the whole country. In several large cities, in particular Almaty, clashes between protesters and security forces took place. A 'critical red' level of terrorism threat was announced in Kazakhstan.
The authorities have not announced the exact number of deceased yet. It is known that there were three children among the victims.
On January 10, Tokayev said that the anti-terrorist operation in the country will end soon.