Sajad Gul booked under the Public Safety Act, which allows the detention of an individual without trial for six months. 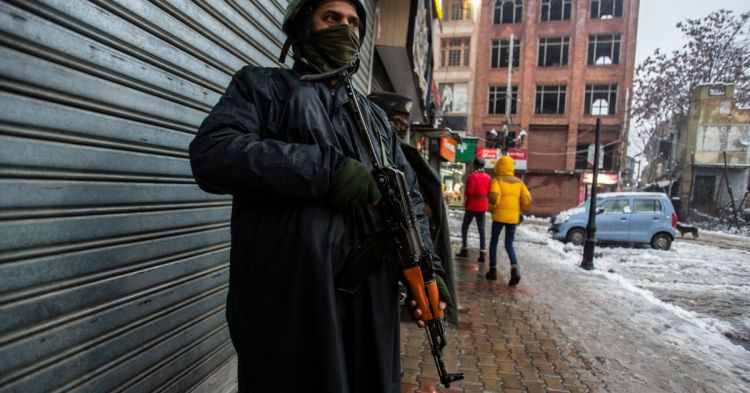 Police in Indian-administered Kashmir have arrested a journalist under a controversial law, one day after he was granted bail in a separate case of alleged criminal conspiracy.
Sajad Gul, 26, was booked on Sunday under the stringent Public Safety Act (PSA), which allows the detention of an individual without trial for six months, and has been moved to a distant prison where his family will have a hard time reaching him.
Gul was first arrested on January 6 for posting a video on social media about a protest at the home of a rebel killed during a gunfight with the Indian armed forces.
A statement released by the police said Gul, “under the garb of journalism”, would “spread disinformation and false narratives” on social media and “provoke” the residents to “resort to violence”.
A court in Bandipora district granted him bail in the case on Saturday but a day later, police told Gul’s family that the journalist had been booked under the PSA.
In Indian-administered Kashmir, tough laws like the PSA are often used against a detainee to confine them for a longer period. Rights group Amnesty International calls the PSA a “lawless law”.
Confirming Gul’s arrest, a senior police official in Bandipora told Al Jazeera they “had been observing his social media activities for a long time which were against the sovereignty of the state”.
“There are a lot of things which he used to put on social media,” the official said on condition of anonymity.
At Gul’s home in Shahgund village in Bandipora, his mother and brothers are anxious.
Zahoor Ahmad, 36, Gul’s brother, told Al Jazeera how he had gone to the police station on January 16 with his brother’s bail order granted by the court. But the police told him Gul would not be going home with him.
“I was expecting my brother would be released. But after waiting there for some time, I was told to go home and that he has been booked under another law,” Ahmad said.
“I pleaded with the police to let me meet my brother but they did not allow it. I was able to see him briefly when he was being taken outside Kashmir. I shivered,” he said.
The family said it would be difficult for them to visit their son in a jail in Jammu, some 327km (200 miles) away from Bandipora.
Gul’s lawyer Umair N Ronga told Al Jazeera the authorities had yet to provide the documentation related to his detention to him or his family.
“Once we get the documents pertaining to the grounds of detention, then we can legally seek the quashing of his detention order,” Ronga said.
This is not the first time Gul has faced action from Indian authorities. In February last year, he was charged with inciting a riot after he reported the demolition of homes and businesses in a village near his home.