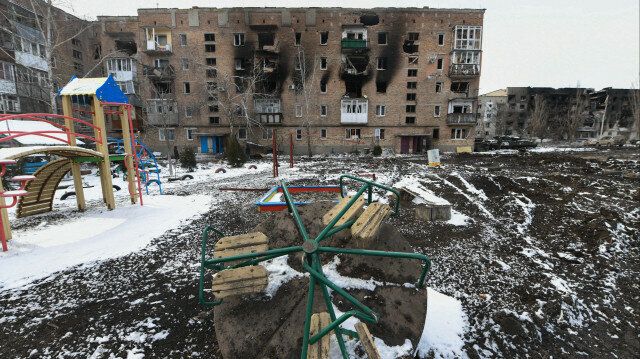 The UN warned on Friday of potential war crimes being committed in Ukraine as Russia continues its invasion of its eastern European neighborç Yeni Safak reports.

Rosemary DiCarlo, the UN's top official for peacebuilding and political affairs, told the Security Council that the international body has received what she said are "credible reports" of Russia using cluster munitions in populated areas.

"Indiscriminate attacks, including those using cluster munitions, which are of a nature to strike military objectives and civilians or civilian objects without distinction are prohibited under international humanitarian law," she said.

"Direct attacks against civilians and civilian objects, as well as so-called area bombardment in towns and villages are also prohibited under international law, and may amount to war crimes,” she added.

The comments come as Russia's war enters its third week with at least 1,546 civilians casualties being officially tallied, including 564 victims killed and 982 injured. The UN has warned, however, that its estimate is likely much higher, because it has not been able to access areas of intense hostilities.

The UN has documented 26 attacks so far on health facilities, health workers and ambulances, and DiCarlo said the "targeting of civilians, of residential buildings, hospitals, kindergartens is inexcusable and intolerable."

"All alleged violations of international human law must be investigated, and those responsible, held accountable," she added.