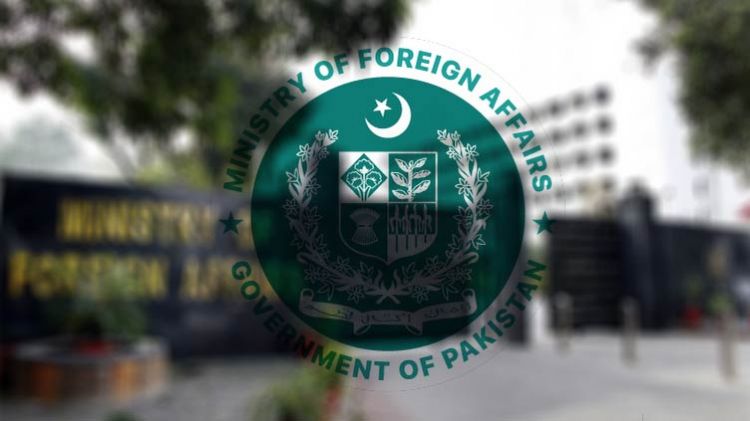 Pakistan has rejected India's "baseless" objection to inviting Kashmiri leaders to participate in the Organisation of Islamic Cooperation (OIC) summit being held next week in Islamabad.
In a statement on Thursday, the Foreign Office said Pakistan strongly rejected the statement by the Indian Ministry of External Affairs (MEA) spokesperson objecting to the invitation, adding that India has "no locus standi" to claim that occupied Kashmir is its "internal matter".
The meeting of OIC's Council of Foreign Minis­ters is being held on March 22-23 in Islamabad. Foreign ministers of 48 countries have confirmed their participation in the event.
A day earlier, spokesperson for India's Ministry of External Affairs, Arindam Bagchi, said he had seen reports in the local media that the OIC secretary general had invited All Parties Hurriyat Conference chairman Mirwaiz Umar Farooq to the meeting.
The Indian government takes a "very serious view of such actions which are aimed directly at subverting India's unity and violating our sovereignty and territorial integrity," The Hindustan Times quoted Bagchi as saying.
"We have repeatedly called upon the OIC to refrain from allowing vested interests to exploit its platform for comments on India's internal affairs," he added.
Responding to the Indian MEA spokesperson's statement, the Foreign Office noted that several United Nations Security Council (UNSC) resolutions stated that the final decision of the Kashmir dispute would be made in accordance with the wishes of the people of the territory through a plebiscite.
"India's repeated assertions to the contrary cannot obfuscate the reality of its illegal occupation and repression in [occupied Kashmir]," the FO added.
It further said that both the UNSC as well as the OIC recognised Kashmiris' right to self-determination. "Accordingly, OIC has consistently supported the just struggle of the Kashmiri people for their right to self-determination and has traditionally invited the Kashmiri leadership to attend the OIC meetings."
In its statement, the FO also called on India to "not create hurdles in the participation of true representatives of the Kashmiri people" in the OIC summit.
"Instead of questioning OIC's principled stance for the dignity and liberty of the oppressed Kashmiri people, India should reflect inwards and end its repression and widespread violations of human rights and international humanitarian law in Indian Illegally Occupied Jammu and Kashmir, and let the Kashmiri people exercise their right to self-determination in accordance with the relevant resolutions of the UN Security Council," the FO said.