18 journalists killed in war in Ukraine 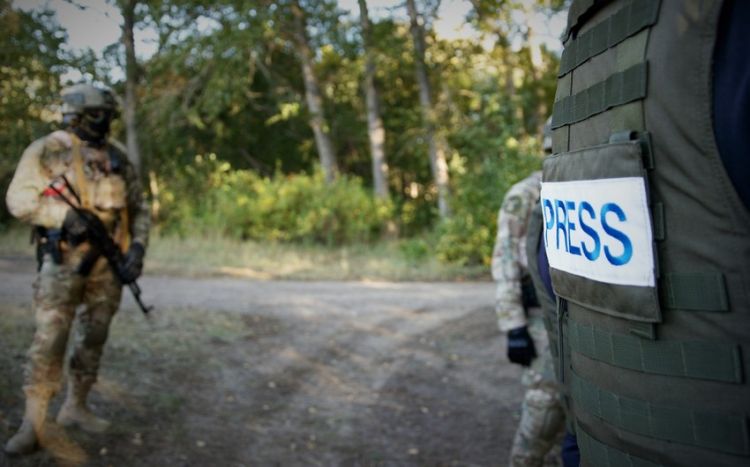 During the war in Ukraine, 18 journalists were killed, three went missing, eight were kidnapped, and 13 were injured, the Ukrainian Ministry of Culture and Information Policy said, Ukrainian media reports.

According to the General Prosecutor's Office of Ukraine, Russian troops committed 74 crimes against media representatives, including 19 against citizens of other states: 5 from UK, 2 from Czech Republic, 2 from the United States, 2 from Denmark, 2 from UAE, 2 from Russia, 1 from Ireland, 1 from Switzerland, 1 from France and 1 from Lithuania.

Besides, at least seven cases of shelling were recorded, which led to damage or destruction of TV towers, TV and radio stations, as well as 22 blockages and cyber attacks on the media outlets.

The ministry stressed that every crime against media representatives will be investigated without fail, and those responsible will be prosecuted.