‘Not only me - all of the world, all of the countries have to be worried,’ Zelensky said 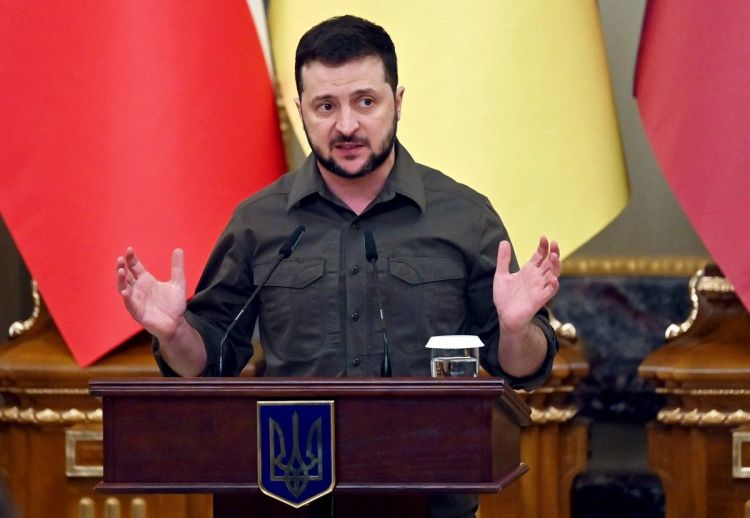 Ukrainian President Volodymyr Zelensky has said the world should be ready for the prospect of Vladimir Putin using nuclear weapons.
Speaking from the country’s capital Kyiv, Mr Zelensky voiced his fears the Russian president could also be prepared to use chemical weapons against Ukraine.
Asked if he was concerned about the prospect of a nuclear attack by CNN, Mr Zelensky said: “Not only me - all of the world, all of the countries have to be worried.”
He added: “Chemical weapons... They could do it, for them the life of the people [is] nothing. That’s why. We should think not be afraid, not be afraid but be ready.
“But that is not a question for Ukraine, not only for Ukraine but for all the world, I think.”
Mr Zelensky said around 2,500 to 3,000 Ukrainian troops have died so far and a further 10,000 have been injured in the conflict.
However, he is uncertain about the civilian death toll.
He said: “It is very difficult to talk about civilians, since south of our country, where the towns and cities are blocked - Kherson, Berdyansk, Mariupol further east, and the area to the east where Volnovakha is - we just don’t know how many people have died in that area that is blocked.”
Also, he spoke about the recent sinking of Russia’s flagship Msokva warship.
The Ukraine leader said the sinking was not a “tragedy” for them as he admitted the less weapons the Russian Federation has the better it is for them.
Ukraine’s Odesa region’s governor Maksym Marchenko said his country’s forces struck the ship with two neptune anti-ship missiles. Russian said its flagship warship had sunk after an ammunition explosion
Russia has claimed all 500 crew members were rescued on Wednesday. Ukrainian officials have said some of those onboard died including the ship’s captain.
The Russia Federation has suffered damage to two key naval assets - the Moskva and Alligator-class landing ship Saratov - since invading Ukraine, London’s Ministry of Defence said.
On Friday, British defence chiefs said Russia is likely to review its maritime posture in the Black Sea in the wake of the incident.