Russia targets the main airport in Ukraine’s key Black Sea port of Odesa, a city so far relatively unscathed in the war. 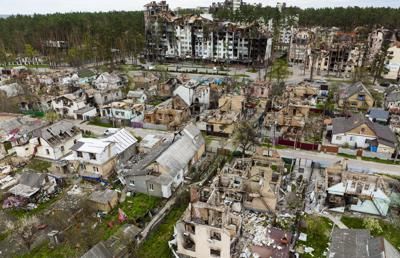 Russia has carried out missile attacks across southern and eastern Ukraine, including one that destroyed the runway at Odesa airport.

A group of 20 civilians have left the Azovstal steelworks, where the last Ukrainian troops are holed up in Mariupol, according to the Azov regiment.

A Russian official told state media that the risks of nuclear war should be kept to a minimum amid conflict in Ukraine.

Fourteen Ukrainians including a pregnant soldier have been freed in the latest prisoner exchange with Russian forces, Ukraine says, without revealing the number of Russians returned to Moscow. 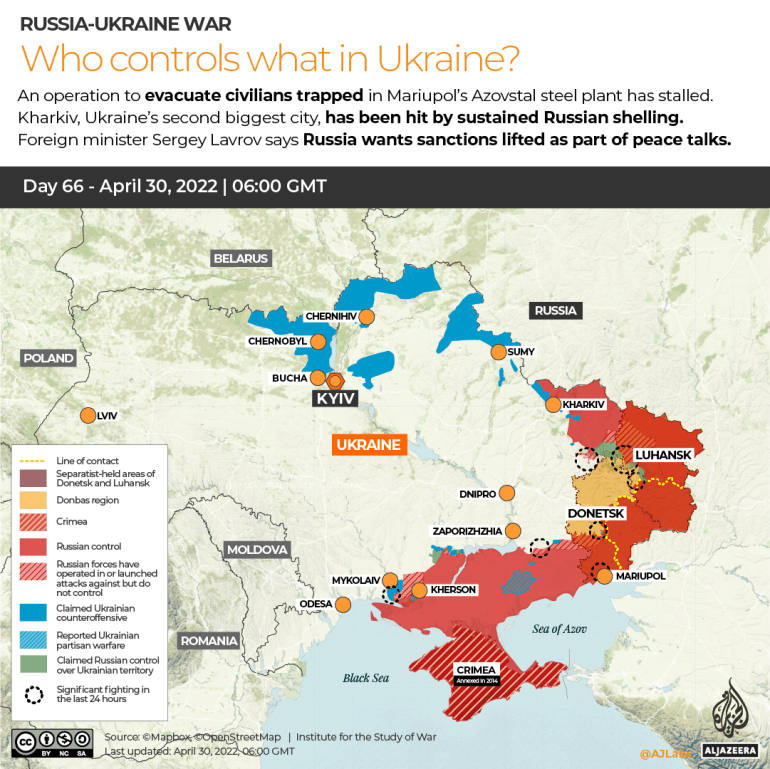