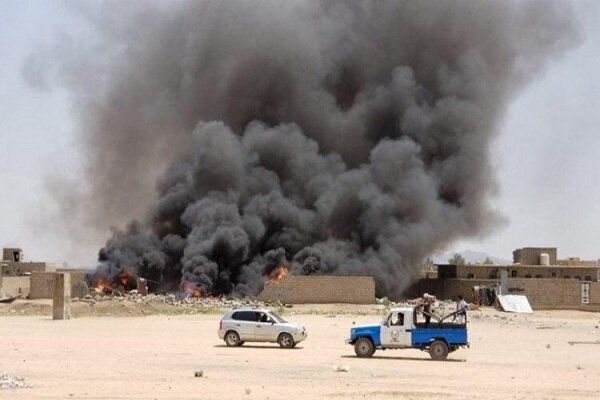 A spokesman for the Yemeni Armed Forces announced that the Yemeni army had shot down a Saudi drone over the skies of Sanaa, Mehr news reports.

Brigadier General Yahya Saree said on Monday night that Yemeni air defenses managed to intercept and shoot down a CH4 spy drone belonging to the Saudi air force over the skies of Sanaa.

He announced that the drone had been targeted by the Yemeni air defense during a hostile operation and a ceasefire violation.

Meanwhile, the Yemeni Ministry of Health said in a statement that three people were killed and three others were injured last night when a Saudi spy drone was shot down in Sanaa.

This is while a military source in the Yemeni government said that the Saudi coalition had violated the ceasefire 58 times in the last 24 hours in the southern province of Al-Hudaidah.

Saudi Arabia launched a devastating war against Yemen in March 2015 in collaboration with a number of its allies and with the support of the United States and several Western states, to return the ousted regime of Abd Rabbuh Mansour Hadi to power.