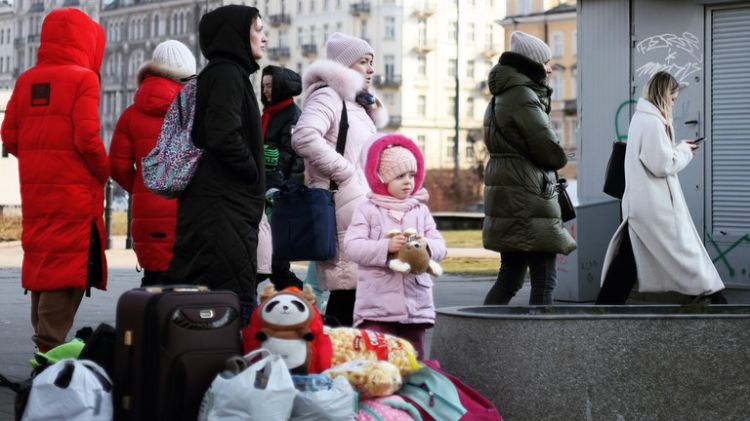 A recent survey has found that, while most people in Poland are favorable to Ukrainians and support sending weapons and food to the country, many are against granting Ukrainian refugees financial and social benefits, Polish news outlet Rzeczpospolita reports this week.
The poll, which was conducted by the University of Warsaw between April and May, found that a majority of Poles were supportive of very broad aid for Ukraine and Ukrainian refugees, and were generally satisfied with the assistance their country has provided to Kiev so far.
However, opinions turned out to be rather split on whether or not Warsaw should be doing even more to help the neighboring country. While most people were in support of providing humanitarian support to Ukraine, such as sending material food and clothing, only one in seven Poles were in favor of granting Ukrainian refugees the same social and financial benefits as Polish citizens.
Meanwhile, according to Dr Robert Staniszewski, who led the research, 59% of respondents said they had nothing against granting access to free medical care for Ukrainians and 51% supported handing refugees a one-time lump sum.
Also, less than 30% of respondents agreed to having Ukrainians stay in Poland permanently, while 64.2% said they are ready to help the refugees until the day they can safely return to their country.
Ultimately, Rzeczpospolita’s report summarizes that Poles are willing to help Ukrainians with everything except money and sending Polish soldiers to fight for Kiev – which was the second-least popular form of assistance, according to the respondents.
Dr Staniszewski also noted that Poland’s attitude towards Ukraine has significantly improved since the conflict with Russia began in late February, adding that 81% of respondents say they have no problem with Ukrainians living in Poland and 64% said they would not object to their son or daughter marrying a Ukrainian.
“So why is it that, when it comes to money, do we not want to share?” the outlet asks.
Marcin Duma, a public opinion researcher, told Rzeczpospolita that while Ukrainians are being seen in a more positive light, domestic problems like inflation still take priority for most Poles.
“Today it is appropriate to like Ukrainians, and in the last two or three years we started to change our attitude towards them, when there were many of them in Poland and it suddenly turned out that they are people like us,” Duma explained.
“War, compassion, their bravery, they did them justice. But now, when we start asking respondents in our research, a positive attitude is not so obvious and common. We hear: inflation here, high prices, everyone is in a losing position, and yet, they come and they don't have to work, but they still get benefits.”
Duma noted that the sight of a good car with Ukrainian number plates, free transport, accommodation in hotels and boarding houses – all this pricks the eyes of the Poles. She added that the war in Ukraine has become a part of everyday life, and that people cannot be expected to maintain an emotional level as high as it was in the initial months of the conflict.