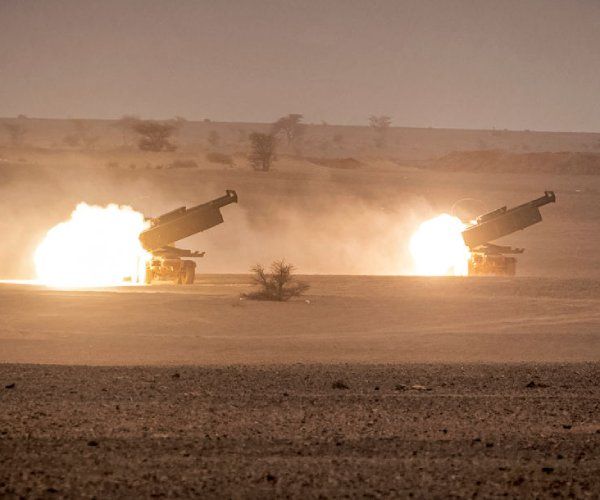 In another example of how long-range artillery sent by the West to Ukraine is changing the balance of the war, Ukrainian forces launched a strike on an air-defense system in Russian-occupied territory in the east of the country late Tuesday night, The Wall Street Journal reported on Wednesday.
The multiple strikes by HIMARS (high mobility artillery rocket system) on the air-defense protecting the skies over Luhansk, the capital of one of two Russian-created statelets in Ukraine’s eastern Donbas area, is the latest such attack that Kyiv has carried out against high-value targets such as ammunition depots and command posts.
Ukraine now has eight HIMARS, a missile launcher mounted on a truck with high accuracy. The United States has promised to send Kyiv another four of the systems, according to PBS.
Ukrainian President Volodymyr Zelenskyy boasted that "the occupiers have already felt very well what modern artillery is, and they will not have a safe rear anywhere on our land," The Wall Street Journal reported
Russian forces had announced earlier this month that they had taken control over the entire Luhansk region after weeks of heavy battles.
Russia's military also said it had increased missile strikes on positions far from the front lines.
Since the Kremlin took over Luhansk, it has targeted the Donetsk region, part of which is already controlled by Russia and separatist forces, according to The Wall Street Journal.
Capturing the rest of the region would give Moscow full control of the Donbas area, which the Kremlin made its priority after pulling its forces out of central Ukraine in late March.