Palestinians want Biden to be a ‘fair sponsor’ of peace process during visit - ednews.net 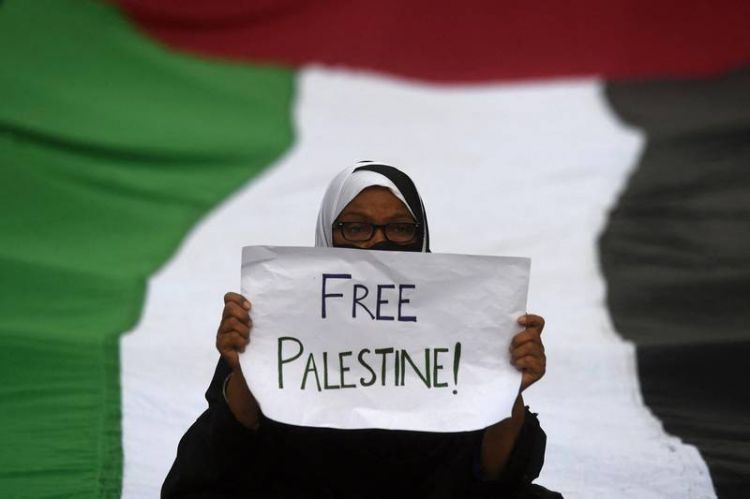 Lowering expectations for US President Joe Biden’s visit to the region will remove pressure on him to fulfil long-overdue promises on the Palestinian issue, said Palestinian permanent representative to the Arab League Mohannad Al Aklouk.
“Our expectations from the Biden trip and subsequent meetings with Palestinian officials is that the US exerts practical pressure on Israel to halt its illegal settlements policy — building and expansion — and sets the stage for a fair political process based on international law and UN resolutions,” Mr Aklouk told The National.
“Substantially, we want the US administration to meet its role as a fair sponsor of the peace process in the Middle East as part of the relative international quartet and to avoid practising double-standard criteria in this regard.”
Mr Biden’s regional tour, which begins on Wednesday, will include Saudi Arabia, Israel and Palestine.
Ghaith Al Omari, a senior fellow at the Washington Institute for Near East Policy who specialises in Palestinian-Israeli affairs, said Mr Biden’s trip will be mostly symbolic, despite Palestinian ambitions for the meeting. But Mr Aklouk disagreed.
“Having little or no expectations from the trip will alleviate the pressure that the Biden administration should feel to follow through on campaign promises it made on the Palestinian issue,” Mr Aklouk said.
Before taking office in January 2021, Mr Biden touted forming closer ties with the Palestinians as well as creating “policies grounded in a commitment to a two-state solution”.
Under former president Donald Trump, the US heightened its historic support towards Israel, opening an embassy in Jerusalem and cementing Israel’s self-proclaimed right to the city as its capital.
Mr Trump also closed down Palestinian Liberation Organisation (PLO) offices in Washington, declaring the group a foreign terrorist organisation, and severely cut aid to the UN refugee agency that oversees millions of displaced Palestinians.
“The PLO is the sole and legitimate representative of the Palestinian people, even by Israel’s own admission; and in this context, we expect the reopening of the PLO Representative Office in Washington,” Mr Aklouk said.
So far, Mr Biden has yet to follow through on one of the key promises he made during his campaign: reopening the US consulate in East Jerusalem.
“We are still waiting for the US consulate general in East Jerusalem to reopen to take charge of US-Palestinian relations — and we are well aware, that the Israeli previous government had refused to facilitate this operation, but we think there’s a good chance to talk about this issue with the current Israeli caretaker government,” Mr Aklouk said.
Mr Omari, however, does not believe that any major moves or announcements will be made during the visit beyond standard statements calling for peace and a two-state solution.
“The trip is intended to send a signal that the US remains committed to its traditional positions. So, President Biden will likely reiterate commitment to a two-state solution and the rejection of unilateral actions,” he said.
“Some humanitarian gestures might be announced. These steps are useful, but there won’t be a political initiative or major developments on Palestinian-American relations due to US domestic policy and legal reasons.”
These include US sensitivities towards Israel’s own turbulent political scene, as the fifth round of parliamentary elections in less than four years has been called after a coalition government under former prime minister Naftali Bennet collapsed.
Yair Lapid, who had been serving as foreign minister, has taken Mr Bennet’s place in a caretaker role.
“There are some decisions that an acting prime minister isn’t able to make, but he is fully empowered to represent the country in diplomatic protocols,” said former US ambassador to Israel Daniel Shapiro, who is now a distinguished fellow at the Atlantic Council.
Like the US president, Mr Lapid also supports a two-state solution, a position his predecessor — Mr Bennet — notoriously opposed.
“The US administration sees see any high-level engagement in the Palestinian issue as wasted political capital. As a result, the focus is likely to be on other issues like Iran, the Abraham Accords and the situation in Ukraine,” Mr Omari said.
At any rate, Mr Aklouk said time is not on the side of a two-state solution.
“We do not want to go through an endless political peace process, as we are in now, since the 1991 talks in Madrid. We want a specific time frame to end the Israeli prolonged occupation and to achieve Palestinian inalienable rights, according to international law,” he said.
“We are waiting for the current US administration to take real, concrete steps with deadlines.”