Israel closes areas near Gaza after killing 17-year-old in the West Bank - ednews.net

"Regardless of nationality, the special forces will kill them!" - Ukraininan expert says
Read: 173

Armenia is in difficult situation, its allies do not meet even its minimal demands - Expert
Read: 136

Türkiye’s relations with Syria may improve like its dialogue with Egypt - Erdogan
Read: 135

Russia, US have ways to manage nuclear risks
Read: 132 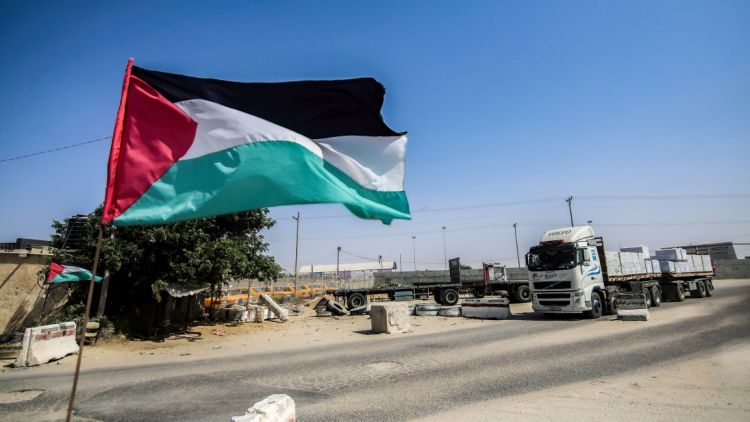 Israel's army closed areas near the Gaza border to civilians on Tuesday following the overnight arrest of two senior Palestinian Islamic Jihad members, the military and Palestinian sources said.
Earlier on Monday, a 17-year-old Palestinian was shot dead by Israeli forces during a raid in the West Bank district of Jenin.
Islamic Jihad identified the teenager as Dirar al-Kafrayni, and said he was a member of the group and "our heroic martyr".
The Israeli army said it had operated alongside police, who arrested "two wanted terror suspects."
A Palestinian security source, who requested anonymity, told AFP that one of those detained was Bassem al-Saadi, a senior figure in Islamic Jihad's political wing in the West Bank.
The source identified the second person detained as Saadi's son-in-law, a Jenin-based fundraiser for the militant group.
The Israeli military claimed it was preventing civilian access to areas near Gaza "due to a direct threat".
"After terrorist activities were identified with the Palestinian Islamic Jihad terrorist organisation, it was decided to block off areas and routes adjacent to the Gaza Strip security fence," a statement claimed.
Israel also closed its only border crossing for people entering or leaving Gaza, while the government said Prime Minister Yair Lapid was reviewing security.
As news of the deadly raid spread, crowds began to gather in Jenin refugee camp and the nearby city of Nablus, as supporters voiced solidarity with Islamic Jihad.
"We declare alertness and raise the readiness of our mujahideen (fighters)," the group said in a statement late on Monday.
Saadi was injured by an Israeli army dog during his arrest, the Palestinian source said.
Home to some 2.3 million Palestinians, Gaza has been under Israeli blockade since 2007 when Islamist group Hamas ousted forces loyal to Palestinian president Mahmud Abbas.
Islamic Jihad, a militant group with close links to Iran, has a strong presence in Gaza, regularly using it as a launchpad for rocket attacks against Israel.
The latest unrest comes amid rising violence in the Palestinian territories as Israeli forces continue to step up raids against those living in the West Bank.
At least 55 Palestinians have been killed since late March, mostly in the West Bank.
They have included suspected militants and also non-combatants, including prominent Al Jazeera journalist Shireen Abu Akleh, a Palestinian-American dual national, who was covering an Israeli raid in Jenin.
Attacks on Israeli targets have killed 19 people over the same period, most of them civilians killed in attacks inside Israel. Three Palestinian attackers have also been killed.