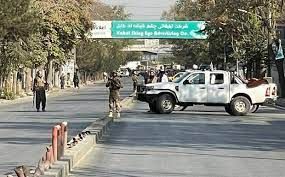 The UN mission in Afghanistan on Monday said the number of deaths from Friday’s suicide bombing in Kabul climbed to 43, Yeni Safak reports.

“Human toll from Friday’s college bombing in Hazara neighborhood of Afghan capital continues to rise,” United Nations Assistance Mission in Afghanistan (UNAMA) said in a brief statement, adding 43 were killed while 83 others were wounded.

A suicide bomber blew himself up at an educational center in Kabul, killing at least 19 people and injuring 28 more last Friday morning.

The suicide bomber targeted students at the Kaaj educational institution in the Dasht-e-Barchi neighborhood at 7:30 a.m. local time (0300GMT).

The students were taking their examinations.

The UN mission feared that casualty figures were “likely to rise further” while the verification process by UNAMA human rights teams in Kabul continued on the fourth day of the tragedy.