NASA Ingenuity helicopter just broke one of its own records on Mars - VIDEO
Read: 719

Expert hinted Iran with a harsh message - "The regime should bear in mind that Azerbaijan is a strong ally of Turkiye and Pakistan"
Read: 233

Bodies of Russian soldiers lie in town recaptured by Ukraine

Ukrainian soldiers are collecting the bodies of their comrades in Lyman, a Donetsk town, but reportedly not immediately removing those of Russians. 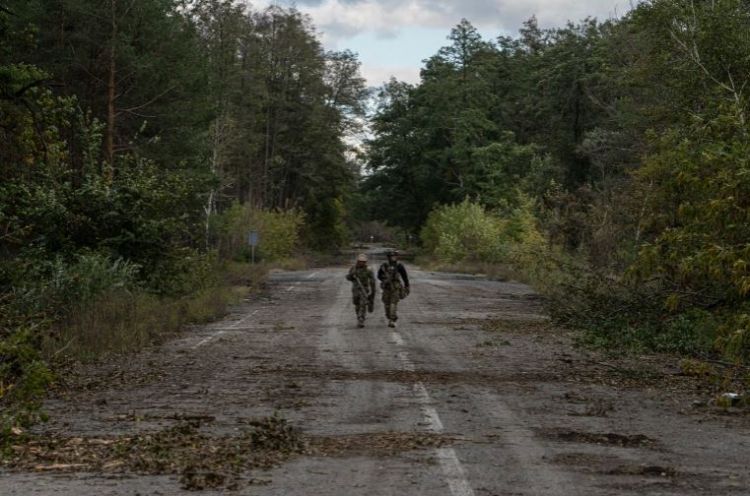 The bodies of Russian soldiers are lying in the streets of a key eastern Ukrainian town following their comrades’ retreat that marked the latest defeat for Moscow.
The Ukrainian military collected the bodies of their comrades on Tuesday after fierce battles for control of Lyman, a key logistics and transport hub, but did not immediately remove those of the Russians, according to reports.
As Russia moved forward with annexing four Ukrainian regions, its troops pulled back from Lyman on Saturday to avoid being encircled by Ukrainian forces. The city’s liberation gave Ukraine a key vantage point for pressing its offensive deeper into Russian-held territories.
Lyman residents emerged from the basements where they hid during the battle for the town and built fires for cooking. The town has had no water, electricity or gas since May.
“We fight for our land, for our children, so that our people can live better, but all this comes at a very high price,” said a Ukrainian soldier who goes by the nom de guerre Rud.
An 85-year-old, who identified herself as Valentyna Kuzmichna, recalled a recent explosion nearby.
“I was standing in the hall, about 5 metres away, when it boomed,” she said. “God forbid, now I can’t hear well.”
Counteroffensives continue
The Russian forces launched more missile attacks at Ukrainian cities on Tuesday as Ukrainian forces pressed their counteroffensives in the east and the south.
Several missiles hit Ukraine’s second-largest city of Kharkiv, damaging its infrastructure and causing power cuts. Kharkiv Governor Oleh Syniehubov said one person was killed, and at least two others – including a nine-year-old girl – were wounded.

In the south, four civilians were injured when Russian missiles hit the city of Nikopol.
After reclaiming control of Lyman in the Donetsk region, the Ukrainian forces pushed further east and may have gone as far as the border of the neighbouring Luhansk region as they advanced towards Kreminna, the US-based Institute for the Study of War said in its latest analysis.
On Monday, Ukrainian forces also scored significant gains in the south, raising flags over the villages of Arkhanhelske, Myroliubivka, Khreshchenivka, Mykhalivka and Novovorontsovka.
The Ukrainian successes in the east and the south came even as Russia moved to absorb four Ukrainian regions amid the fighting there.