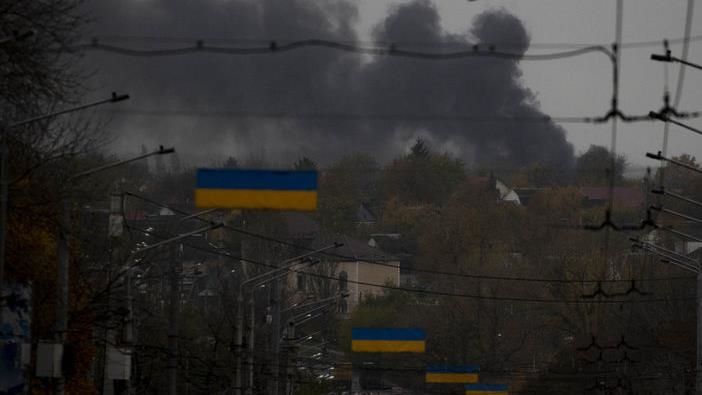 Ukraine on Monday announced emergency power outages across the country after Russia launched a fresh barrage of missile strikes targeting critical infrastructure.
"Emergency power outages are being introduced due to massive shelling of critical infrastructure! Russian terrorists have once again launched a massive strike on the power grid facilities of a number of regions of Ukraine. Some of the missiles were shot down by air defense, while some hit the target," the head of the Office of the Ukrainian Presidency Kyrylo Tymoshenko said on Telegram.
Tymoshenko said emergency services were working to alleviate the damage caused by the strikes.
Blasts were heard across multiple regions in Ukraine, including the capital Kyiv, in addition to a nationwide air raid alert declared by local authorities, excluding the region Crimea which Russia illegally annexed in 2014.
Officials in the Kyiv, Zaporizhzhia, Kirovograd, Kharkiv, Cherkasy, and Dnipropetrovsk regions reported explosions caused by the Russian strikes in statements on Telegram.
Meanwhile, local authorities in the Mykolaiv and Lviv regions reported that the fragments of missiles struck by air defense systems landed on civilian infrastructure or in open areas.
"As a result of strikes on critical infrastructure facilities, part of the capital is de-energized. There is no water supply in some areas," Kyiv's Mayor Vitali Klitschko said.
A later statement by Klitschko noted that engineers were working to restore electricity to a power facility damaged by the strikes. He added that this facility supplied approximately 350,000 apartments in Kyiv.
Specialists from private Ukrainian energy company DTEK, along with the country's sole power grid operator Ukrenergo, emergency services, and authorities, "are doing everything possible to stabilize the situation as soon as possible," he said.
Ukraine's energy infrastructure has been the target of Russian airstrikes since the start of the war in February.
The Ukrainian government said on Oct. 20 that it would cut energy consumption across the country by 20% due to the lower output from damaged energy facilities.
President Volodymyr Zelenskyy announced on Oct. 18 that 30% of the country's power stations had been destroyed since Oct. 10.