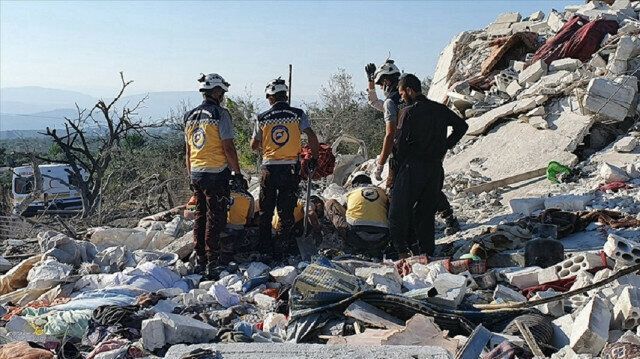 Three civilians died and six others were injured in an attack carried out by the Bashar al-Assad regime on the village of Obin in the Idlib province, in northwestern Syria, Ednews reports citing Yeni Safak.

According to the Syrian Civil Defense (White Helmets) sources, “three civilians from the same family were killed and six others were injured in the attack.”

The attack was carried out by ground-to-ground weapons, according to the same sources.

The injured were taken to nearby hospitals.

Idlib falls within a de-escalation zone forged under an agreement between Türkiye and Russia in March 2020. The regime, however, has consistently violated the terms, launching frequent attacks inside the de-escalation zone.

Syria has been mired in a vicious civil war since early 2011 when the Assad regime cracked down on pro-democracy protests with unexpected ferocity.

Over the past decade, around half a million people have been killed and more than 12 million had to flee their homes.