10 movies to watch in DECEMBER 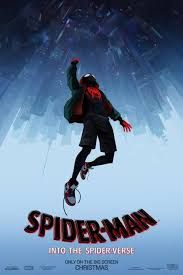 Oscars ahoy! Ben is Back was written and directed by Peter Hedges (Oscar-nominated for his About a Boy screenplay), and it co-stars his own son, Lucas Hedges (Oscar-nominated for his supporting role in Manchester by the Sea). But the person who’s most likely to win awards for this powerful indie drama is Julia Roberts: audiences at the Toronto Film Festival were applauding her intense performance well before the end credits rolled. Roberts plays a suburban mother of four whose 19-year-old son sneaks out of rehab and returns to the family home for Christmas. Not everyone is pleased to see him. His relatives doubt that he’ll stay clean while he’s in town, and the local drug dealers have scores to settle. According to Variety’s reviewer, “the entire film is that rarest of gifts for its cast, providing virtually every character with a chance to play not only the present moment, but the complicated history they’ve established with Ben in the past, as well as whatever chance they see in the troubled young man’s future”. If your favourite bits of the Mission: Impossible films are when Tom Cruise is dangling one-handed from somewhere high, then don’t miss Free Solo, a nerve-racking documentary that follows Alex Honnold, a Californian rock climber, as he trains to be the first ever person to scale the El Capital Wall in Yosemite – “3200 feet of sheer granite” – with no ropes or harnesses. The film won three prizes in the Critics’ Choice Documentary Awards, including one for its cinematography, and you can see why: Jimmy Chin, who co-directs with his wife E Chai Vasarhelyi, had to wield a camera while climbing El Capital himself – although he had the benefit of safety gear. Side note: as James Berardinelli notes in his review, Captain Kirk attempted the same insanely difficult feat in Star Trek V: The Final Frontier. He failed. Alfonso Cuarón, the virtuoso director of Children of Men and Gravity, gets back to his roots with Roma, a sensitive semi-autobiographical tribute to the maid who helped raise him. Set in Mexico City in the early 1970s, the drama is shot in lustrous black-and-white, using Cuarón’s signature long takes and recreating the period in loving detail. No wonder if it has received such sky-high acclaim at festivals. In her five-star review for BBC Culture, Caryn James called Roma “simply the most exquisite and artistic film of the year”. As for Cuarón, “he has taken his own memories, turned them into a dazzling fiction, and handed them to viewers like a gift”. Adam McKay made his name as a director of knockabout comedies (Anchorman, Step Brothers), but he switched to political comedy docudramas for 2015’s The Big Short, and his new film is in the same postmodern, satirical vein. Vice is a biopic of Dick Cheney, the US Vice President who is believed to have done much of George W Bush’s work for him, and who spoke out in favour of waterboarding and other forms of “enhanced interrogation”. Christian Bale piled on more than three stone to play the lead role, and spent four hours in the make-up chair every morning, so don’t be surprised if his commitment earns him a fourth Oscar nomination. But in a stellar cast that includes Amy Adams as Lynne Cheney and Steve Carell as Donald Rumsfeld, it could well be Sam Rockwell’s mischievous impersonation of “Dubya” that steals the show. Jean-Luc Godard directed three of BBC Culture’s 100 greatest foreign-language films. All three of them were released in the 1960s, but Godard, who turns 88 on 3 December, hasn’t been resting on his laurels since the glory days of the French New Wave. His challenging new film, The Image Book, premiered at the Cannes Film Festival in May, where it won the first ever ‘Special Palme d’Or’ – which is not to say that everyone knew what to make of it. A kaleidoscopic mash-up of clips from news reports and classic movies (including the director’s own), the film is a comment on cinema’s failure to process the horrors of the last century – maybe. Whatever it means, writes Bilge Ebiri in The Village Voice, “you can lose yourself in the dexterity and texture of Godard’s editing, in the way he matches compositions, gestures, subject matter”. Over half a century after the release of Mary Poppins, PL Travers’ magical nanny is floating down to 17 Cherry Tree Lane once more. Julie Andrews has passed her carpetbag and parrot-headed umbrella to Emily Blunt, and Ben Whishaw and Emily Mortimer co-star as Michael and Jane, the grown-up versions of the children Mary looked after last time. Given that the original film was practically perfect in every way, its sequel’s director, Rob Marshall (Chicago), has a near-impossible task. But at least Dick Van Dyke – now 92 – makes an appearance. Will his cockney accent have improved? And will Andrews herself join him? Wiktor (Tomasz Kot) is a pianist and composer; Zula (Joanna Kulig) is a singer he discovers. From the day they meet in the late 1950s, they can’t keep their eyes or hands off each other, but nothing else about their relationship is so simple. Should they stay in Communist Poland, where Wiktor’s state-sponsored ensemble has to stick to patriotic folk tunes, or should they venture through the Iron Curtain to the jazz clubs of Paris? Pawel Pawlikowski’s black-and-white romantic tragicomedy tracks their relationship across several years, but it does so in just 84 minutes, and it doesn’t waste a moment. Every shot is gorgeous, every scene has a twist, and there are so many songs that Cold War almost qualifies as a musical. BBC Culture’s Rebecca Laurence praised its “intoxicating combination” of “retro style, starry central performances and thrilling soundtrack”. Peter Jackson knows a thing or two about making fantasy epics. As a director, he’s been busy recently with They Shall Not Grow Old, his colourised documentary about the lives of British soldiers in World War One. But as a writer and producer, he has been working on Mortal Engines, a post-apocalyptic science-fiction adventure adapted from Philip Reeve’s steampunk YA novels. The director, Christian Rivers, is one of Jackson’s closest collaborators, and the co-writers are Fran Walsh and Philippa Boyens, who co-wrote The Hobbit and The Lord of the Rings. Another Middle Earth resident, Hugo Weaving, stars as the wicked ruler of a future London, which has been uprooted and put on wheels, so it now resembles a bulldozer the size of a mountain. Hera Hilmar and Robert Sheehan are the young heroes who try to stop it in its tracks. Spider-Man: Into the Spider-Verse

Talk about a tangled web. Spider-Man is now a regular in the Marvel superhero blockbusters released by Disney (The Avengers, Spider-Man: Homecoming, etc), but Sony still has the rights to make its own distinct films featuring Spidey and the subsidiary characters from his comics. The first of these was Venom, which came out in October, and next up is Spider-Man: Into the Spider-Verse, one of the few superhero films to be animated rather than live-action. To make matters more confusing, the idea is that Peter Parker meets various incarnations of Spider-Man (and Spider-Woman) from different universes, including Miles Morales, a half-Puerto Rican, half-African-American from Brooklyn. If that sounds too high-concept for viewers who aren’t already superhero buffs, rest assured that the trailer is spectacular, and the film is overseen by Phil Lord and Christopher Miller, the masterminds behind The Lego Movie. Which actor will be remembered as the 21st Century’s definitive Sherlock Holmes? Benedict Cumberbatch, Robert Downey Jr, Jonny Lee Miller or... errrr... Will Ferrell? Yes, Ferrell puts on a silly English accent for a spoof written and directed by Etan Cohen (definitely not to be confused with Ethan Coen), the maker of Get Hard. With just four days to foil a plot to murder Queen Victoria, the world’s greatest detective is aided by John C Reilly’s Dr Watson. If the trailer is anything to go by, the humour could be, well, elementary, but fans of Step Brothers and Talladega Nights will be pleased to see Ferrell and Reilly bumbling around together again. And the British supporting actors – Ralph Fiennes, Hugh Laurie, Rebecca Hall, Kelly Macdonald, Steve Coogan – deserve to be in a serious Holmes adaptation all of their own.