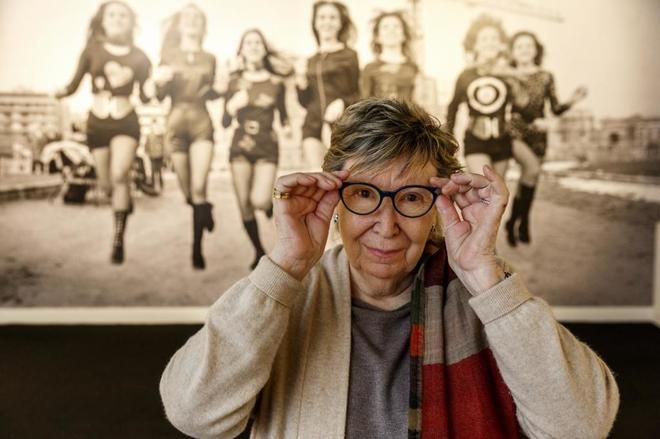 Joana Biarnés, considered the first Spanish photojournalist, died last night at 83 years as a result of cardiac arrest, have confirmed to Efe sources close to the family.

Born in Terrassa (Barcelona) in 1935, she was also the daughter of sports photojournalist Joan Biarnés, and throughout her career she collaborated in numerous Catalan and Spanish media.

Biarnés became the first Spanish photojournalist in the early 60s of the last century hired by a media outlet to enter the newspaper 'People', where he worked with journalists such as Raúl del Pozo, Jesus Hermida, Tico Medina or José Antonio Navas . Raphael, Lola Flores, Dalí, Massiel, Joan Manuel Serrat, the Duchess of Alba, the Beatles, Audrey Hepburn, Jackie Kennedy and Roman Polanski were some of the characters he captured with his camera and two years ago were part of the exhibition ' Joana Biarnés Against the tide ', which passed through Madrid, Zaragoza and Barcelona.

His work was also reflected in the book 'Joana Biarnés. Shooting with the heart ', an anthological and biographical publication that summarizes the trajectory of this woman, who swam against the tide in a world of men, overcame prejudices and immortalized great characters of history.

During the presentation of the exhibition at the Palau Robert in Barcelona, in October 2017, the photographer considered that her images have "that feminine look that female photographers have and that is different from that of men".

Joana Biarnés left the photograph in 1985, "from one day to another", feeling disenchanted because the tabloids invaded everything, as explained in the same act