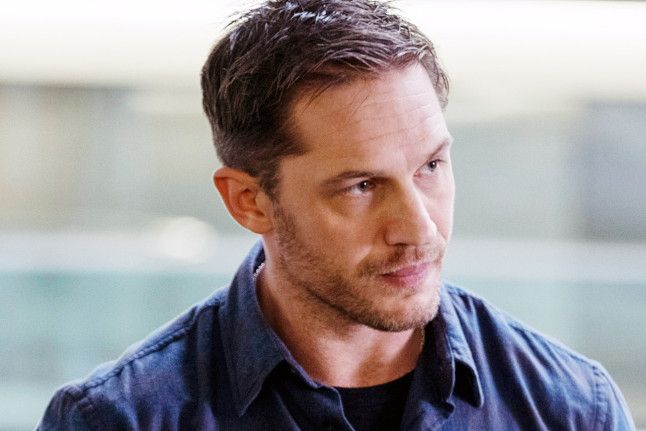 With Venom hitting VOD rental this week, it’s time to have a talk about Tom Hardy. The chameleonic British actor has moved up the ranks of the Hollywood star system primarily through a series of intimidatingly committed performances in grimy, often violent movies. But in the wake of Venom, he’s genuinely among our most interesting movie stars, just in the kinds of roles he takes and in the level of commitment he affords to them. It’s reminiscent of the work of one Johnny Depp, another actor who’s offbeat selection of projects and dedication to fully immersive, unsettling acting choices made him a genre unto himself.

Of course, Johnny Depp has lost a lost of luster in recent years, both for his offscreen scandals — including accusations of abuse against his wife, Amber Heard — and an onscreen product that has been increasingly stale. Which is why it’s high time we let Tom Hardy take over as our new overly-committed acting weirdo. If Venom is anything to go by, he’s having a lot more fun with it these days anyway.

After making a bunch of tough-guy Brit movies like Layer Cake and RockNRolla, Hardy gave his big breakthrough performance for director Nicolas Winding Refn in Bronson, where Hardy played a bald, tattooed, incarcerated criminal. Hardy’s charisma (and, honestly, his body) got him the attention of directors like Christopher Nolan, who cast him first in Inception and then in the role that would make him a “name” quantity (ironically by obscuring his face) in The Dark Knight Rises.

Since then, Hardy has leaned into the “indecipherable dialogue with a sick body” thing hard. He made Locke, where he delivered a virtual one-man show from the driver’s seat of a car, rocking what some surmised was a Welsh accent. There was Mad Max: Fury Road, where his character, Max Rockatansky, was muzzled for most of the film. There was crime drama Legend, where he played his own twin, one of whom mumbled through prosthetic teeth. There was The Revenant where he spoke in a heavy, indecipherable accent. There was Taboo on FX (more mumbles), and then there was Dunkirk, where he may well have been speaking the King’s English, but we wouldn’t know because he had his pilot’s mask on the whole time.

You’d think this would be irritating — and I suppose it is for some people — but the true gag of it is that Hardy has delivered some stellar performances from underneath those voice muffling apparatuses. He was Oscar nominated for The Revenant and award-worthy in Locke and probably Dunkirk too. Unlike these latter years of Johnny Depp’s career, Hardy keeps surprising us. Venom is, of nothing else, light years away from any other superhero movie you were going to see this year. It was strange, sinewy, even oddly sensual. And Hardy’s half of the Venom persona was nearly as interesting as the monster (well, he did a lot less eating people, but he made moral compromises ABOUT the eating of people!).

Look, we had our good times with Johnny Depp. Now it’s all Grindlewalds for the forseeable future. Won’t it be more fun trying to figure out Tom Hardy’s big, muscular mumbles for the next decade? Venom says yes.