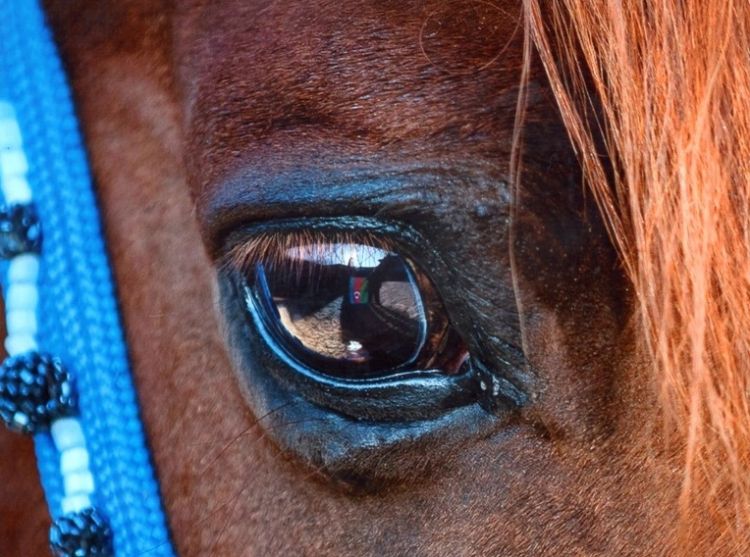 President of  IG Karabagh and Eurasian horse breeds Verena Scholian, Vice-president Silke Ehrenberger and Breed-speaker, redactor Silke Dehe came to Azerbaijan with a short visit to enjoy the beauty of this country and to talk about their lovely work with Karabakh horses in Germany.

Verena Scholian is originally from Germany. In the early 1990s, she discovered the Azerbaijani Karabakh horse breed. She was amazed at the beauty and endurance of this breed, and since 1994 she began to breed the Karabakh horses.

A non-profit organization created by her has only about 40 employees worldwide. The organization is actively involved in the breeding, support and presentation of the Karabakh horses for a wide audience. Work with partners is conducted worldwide. Over the past decades, IG Karabagh and Eurasian horse breeds held many events and exhibitions where which Azerbaijani Karabakh horses presented their performance.

In Azerbaijan, the organization is represented by Gunay Rahimbeyli. This is not the first visit to Azerbaijan. Verena Scholian, Silke Ehrenberger and Silke Dehe have visited Baku more than 10 times. This time the guests arrived at the invitation of the Equestrian Federation of Azerbaijan.

During the visit, representatives of the organization together with the project manager of Turan Atları project Murat Adygezal and Gunay Rahimbeyli visited the International Eurasia Press Fund (IEPF), an international non-governmental organization based in Azerbaijan, and talked about their activities.

The IEPF president Umud Mirzayev welcomed the guests and thanked for their important work.

At the meeting, President of IG Karabagh and Eurasian horse breeds Verena Scholian presented the book to U.Mirzayev, which is consisted of many photos of the horses sustained by the organization.

“The names of some of the horses that you see in the book are taken from Azerbaijani and Turkish words. For example “Sagh-ol”, “Salam”, “Ilkut”, “Agdam”, “Shahin”, “Sabah”, “Ipek”. These horses are from Karabakh, Guba and Agdam regions. All guests at the meeting were attracted by the fact that the cover of the book shows the eye of a horse, and the Azerbaijani flag is reflected in the eye. And this is not a Photoshop!

Verena Scholian explained that it was unplanned.

“When we took a photo of the horse, our colleague was standing near and keeping the flag. We did not notice it in the beginning because the photo was very small and only when we zoomed the photo we saw it. It is amazing and very beautiful.”

“I am very surprised. I have got many presents in my life and I can confidently say that this book is one of the most special gifts for me. I grew up in Karabakh, and I know about the Karabakh horses, how they are valuable. I'm aware of how God created them with all the grace. I would like to thank each of you. The nature of Karabagh and people are totally distant from the concept of conflict. Our Karabakh people have always been peacekeepers and have called for peace. Today, this conflict has been brought to our occupied lands. I think peace will be restored in Karabakh, hopefully. You will also walk in the horses' dwellings there. Your job is truly serving for peace."

Project manager of the “Turan Horses” project Murat Adygozel gave a memorable gift to U.Mirzayev. He spoke about the project he led:

"We have named Turan horses from the cross of the horses from Turkmenistan, Kazakhstan, and Kyrgyzstan, along with Karabagh horses. Our goal is to have more Karabakh horses in the future. Turkey, Azerbaijan, Kyrgyzstan, and Kazakhstan are all very close nations to ours. And Azerbaijan is my homeland. I wish the friendship and fraternity between us to be even closer and lasting continually. As my great-grandfathers gave their lives in this land, I am also ready to sacrifice my life for my homeland. "

In the end, the guests were presented gifts. They were dressed in the elegant Azerbaijani national costumes. Several photos were taken as a memory. After the meeting, the guests also visited Alley of Martyrs and Turkish Memorial.

It should be noted that horse breeding in Azerbaijan is the most ancient culture common to all Turkic peoples. One of the ancient regions of Azerbaijan, Karabakh, from ancient times was famous for a special breed of horses - “Karabakh”. The horses of the Karabakh breed, which are valued for their endurance in the conditions of the highlands, calm temper and dark chestnut color. 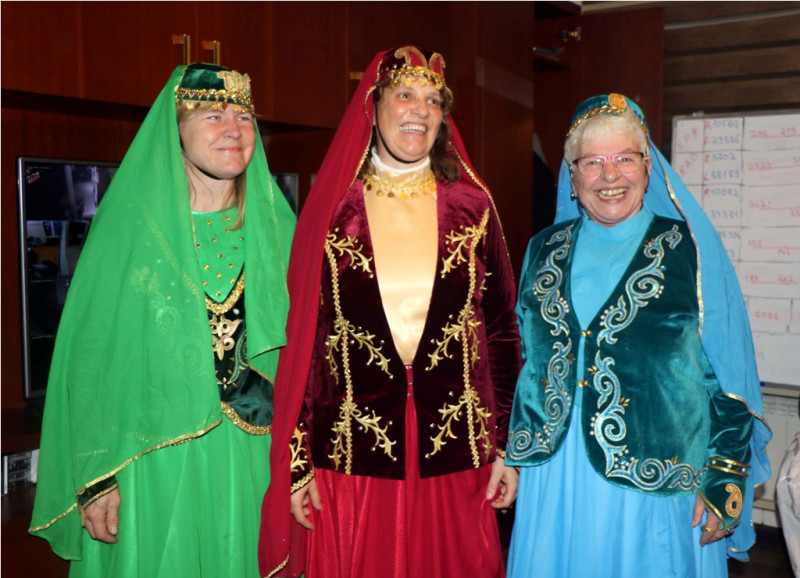 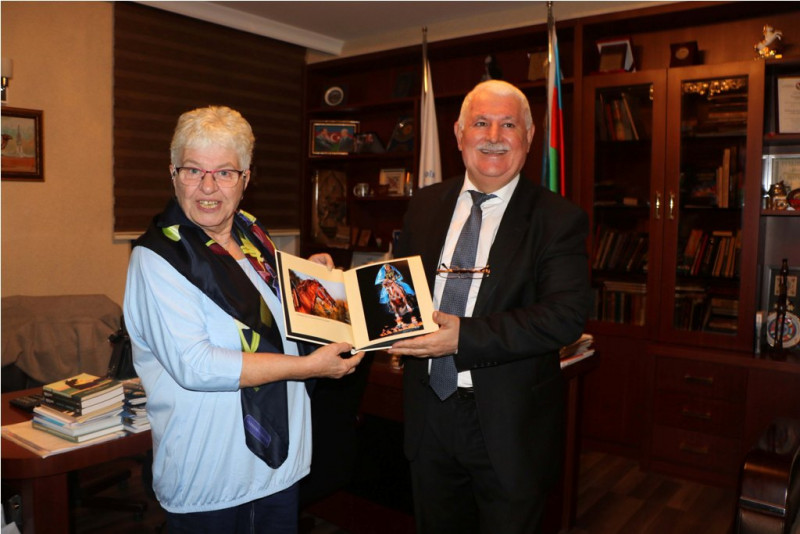 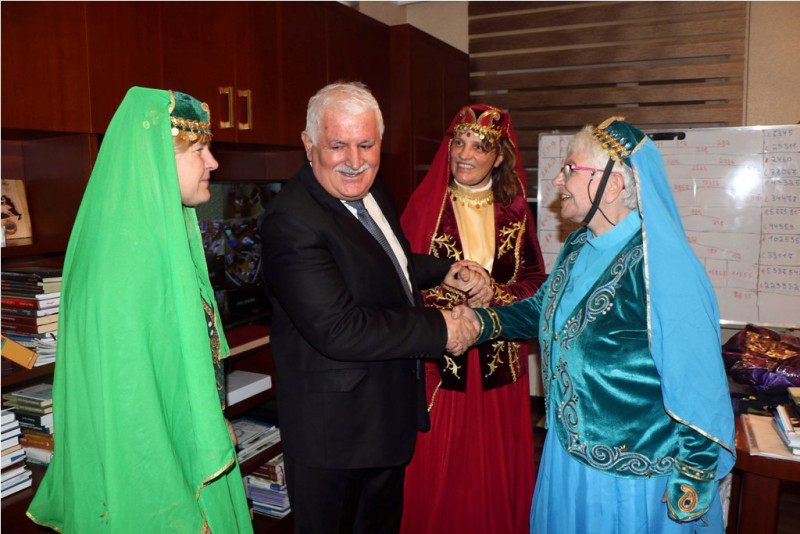 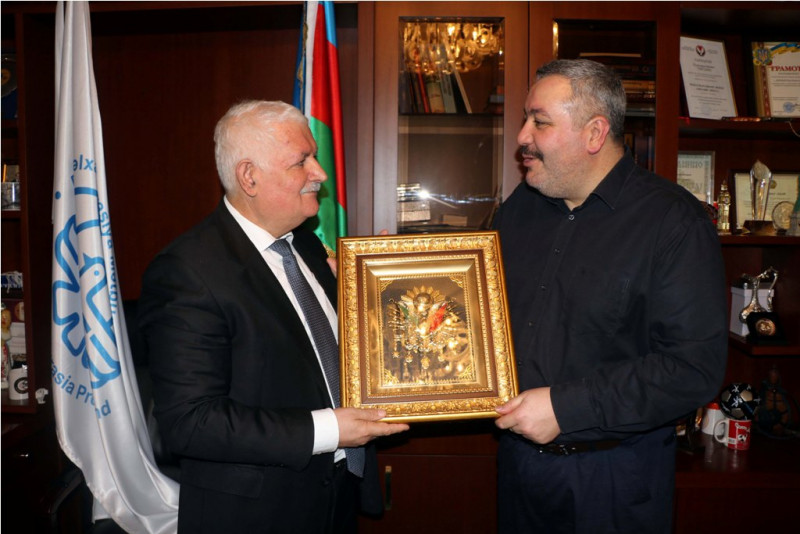 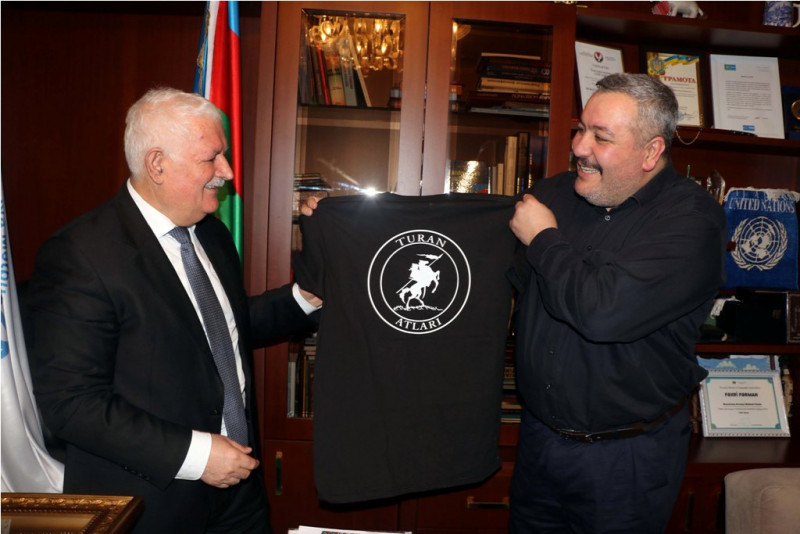 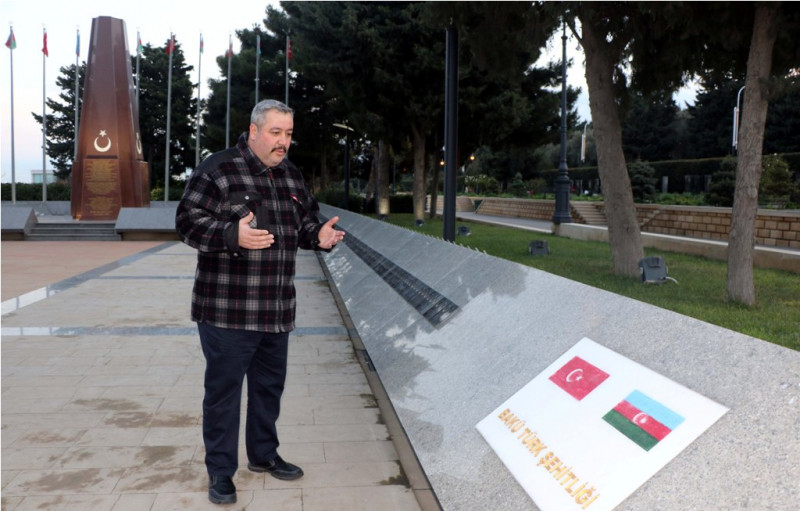 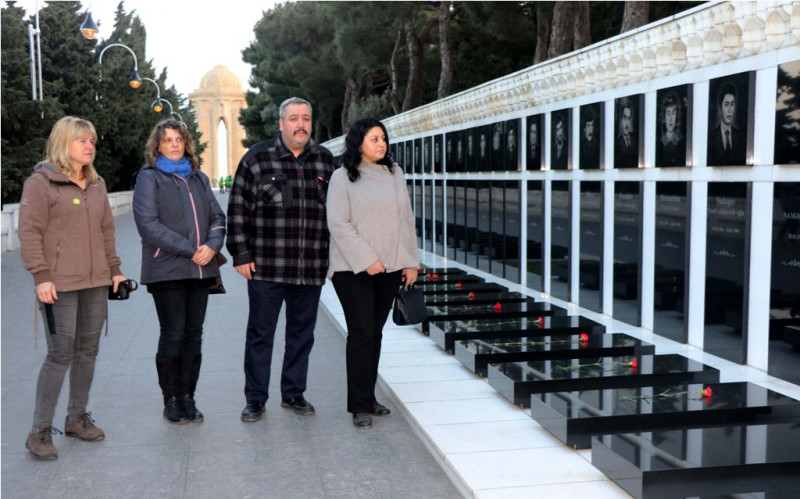 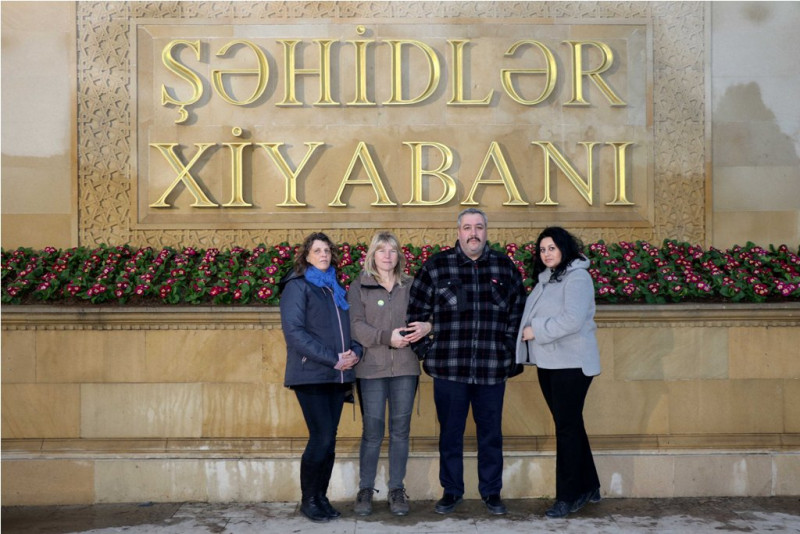