A radical idea for an ancient African conflict - talking to the enemy | Eurasia Diary - ednews.net

Herders and farmers have long fought over land. Now, a low-tech approach to stop the killing is bearing fruit in Nigeria 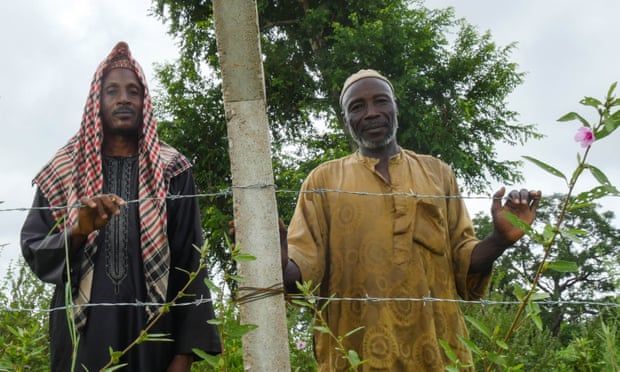 John Dalyop Dangyang hid in the toilet while the gunmen set fire to his house. As it burned down around him, he soaked his underwear in the toilet water to bind around his face against the smoke. He was trapped for seven hours before police came and broke the wall down.

Two months later, homeless and traumatised, he was invited to meet the leaders of the group he blamed for his attempted murder.

On the other side of the table was Idris Gidado, a powerful leader of Fulani herdsmen, the nomadic cowboys who have trodden the Sahelian countryside for centuries.

At the dialogue, something extraordinary happened. After the two sides had had it out, Dangyang offered a rare commodity in this bitter feud: forgiveness.

Attacks on cattle herders by farmers and vice versa may seem trifling alongside the problems of poverty, terrorism, corruption and climate change facing Africa.

But a recent escalation in this centuries-old deadly conflict is causing massive social upheaval across west Africa. In Nigeria’s middle belt, it has claimed nearly 4,000 lives in the past three years – more, according to some tallies – than the deadly Boko Haram insurgency in the north-east.

Both groups need land, but for very different reasons. Fulani herding families are always on the move, looking for food and water for their animals; they cannot and do not want to own the vast landscapes they pass through every year. For farmers, who live and work in one place, land ownership is essential.

As families grow and grazing lands turn to fields of rice, ancient livestock migration routes close up and herders’ cattle trample farmers’ fields. Farmers kill the cattle, herdsmen take revenge; the reprisals go back and forth. Ethnicity, religion and political affiliation play into the divisions.

Some of the suggestions to solve the crisis include fencing off fields, drilling more boreholes so cattle and humans do not have to share water, microchipping cattle to prevent rustling and mapping traditional cattle grazing routes.

Cattle ranching is a more drastic route. It would necessitate a complete change in the nomadic Fulanis’ way of life, and one that requires specific expertise, expensive animal feed, access to enough water, and – that increasingly rare commodity – land. It would also mean the end of an ancient culture.

Adamu Ibrahim’s family were pioneers. His father sold cows to buy land in the 1980s. These days, he owns around 10,000 cattle and is a millionaire (though you wouldn’t know it from his well-worn sandals and plain robe)

“I was so upset,” Ibrahim said. But now, with their former grazing lands off limits, his father’s foresight is obvious. “If our dad hadn’t done that, where would we be now?”

The piece of land he bought is a safe place for the family to retreat to, but it has nowhere near enough grazing for their herds, and so the Ibrahims are thinking of taking their father’s approach even further.

“We’re thinking of sending our children to school and selling some cows to buy more land,” he said.

Not everyone can afford to buy land, and not every herder is ready to give up their way of life. In the meantime, the main approach for those trying to stop the killing is rather less complex: talking.

Defusing tension has always required that herders and farmers build relationships, but the mistrust that the constant attacks have engendered in the past few years has made this extremely difficult.

“It’s more about managing the conflict than solving it,” said Tog Gang, of Mercy Corps, a humanitarian organisation working to create peace in central Nigeria by organising meetings like the one Dangyang was persuaded to attend, to meet the men he held responsible for trying to kill him.

At their meeting place, a hotel on neutral ground in Plateau state, the men and women began to take off their dark glasses, put down their mobiles, and talk.

They discussed the theft of huge herds, sometimes with the involvement of outside criminals, the slaughter of women, children and older people, the recent abundance of guns, the problems of unemployment and drug abuse among the young and the lack of intermarriage between communities.

Dangyang, an influential leader in the Berom community, often used to meet and talk with the herdsmen before the attack. Now, surrounded by those he considers his enemies, he stared at the table with a pronounced frown, fiddling with a toothpick. Gidado got up to speak.

“We should learn to forgive each other. We have all suffered enough and can’t move forward. We need to put an end to this,” he said in Hausa.

But then he began to blame the Beroms for the whole conflict. “You can’t discipline your children,” he said.

A Berom leader got up and threw the blame back. “Whenever someone steals or kills a cow, you respond by killing a person.”

Dangyang rose to his feet. He told the group how it had felt to be almost burned alive, and the indignity of losing everything.

Then his tone suddenly changed. He said: “I forgive the people who did this to me.”

Readiness to forgive is something Saleh Momale, the development geographer who was leading the dialogue, has often seen in his peace-building work between herder and farmer communities. “This is typical Nigerians. People forgive and forget very easily,” he said. “What is difficult to resolve is political malice and mismanagement.”

Nigeria’s security forces are slow to respond to calls for help, so communities arm and defend themselves. President Muhammadu Buhari’s critics say that because he is an ethnic Fulani, he turns a blind eye to his marauding kinsmen, and with Nigeria’s presidential election looming in February, tensions are even higher than usual.

Mercy Corps spends time getting to know the various players intimately to ensure they are inviting the right people to their meetings. The point is not to get the participants to sign agreements they are unlikely to stick to, but to make them sit next to each other, eat together, talk honestly about the killings and the factors behind them, and, ideally, take each others’ phone numbers and plan future meetings.

“Small interventions like this have done a lot of good,” said Momale. “This is the best hope – building these community institutions. I see hope in these guys. I don’t think we can count on our technocrats.”