Anne Hathaway is going to play the villain 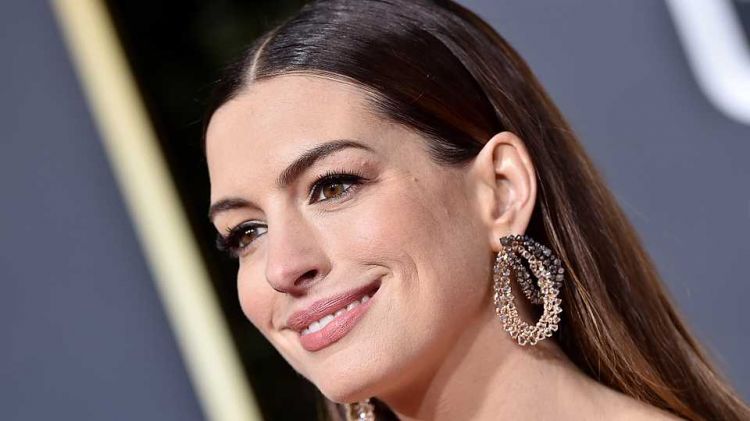 The film is going to have a 'sociological spin'

Remember The Witches? As far as film and book villains from our childhood went, the antagonists of the 1990's Roald Dahl adaptation were as creepy as it got. They were more terrifying than the Child Catcher and the monkeys from The Wizard of Oz put together.

But the older I get, the more I start to relate to the witches. I mean think about it: they wear fake hair and pretend it's natural then rip it off as soon as their with their friends (check) wear head-to-toe black all of the time (check) and other people's children make them anxious (checkcheckcheck)...which means I basically grew up to become my childhood nightmare. Freudian.

Maybe that's why we're really into the fact that we've just found out Anne Hathaway is going to play the Grand High Witch in the new adaption of the 90's classic (remember her? she's the vampy one who runs the show and comes up with the plan to spike children's sweet shops and turn them all into rodents). We don't know much about the film so far other than it's going to be set in the Gothic South in the 1960's and have a 'sociological spin', something the director Robert Zemeckis told the french website allocine, and it will be more accurate to the book than the original film adaptation.

It also seems a lot like Anne Hathaway was hinting at the role in her 10 year challenge writing "wicked sweet" at the end of a caption about how much she's changed since 2009 when she was trying not to do anything wrong which we are now of course reading heavily into.

While Hathaway's casting has usually been more damsel-in-distress than villains, there's something about her casting as a Roald Dahl witch that seems so right. Is she going to add a twist to possibly the creepiest woman from our childhood? Will she keep her as an intrinsically evil character or will she add more layer? I'm definitely into seeing whether there's going to more complexity and subtext coming into the all-powerful, face-removing Grand High Witch.

Then again that might be due to the realization that some of us grew up to have an alarming amount in common with her... (removing your make up at the end of the day and looking like a totally different person. There's another one).