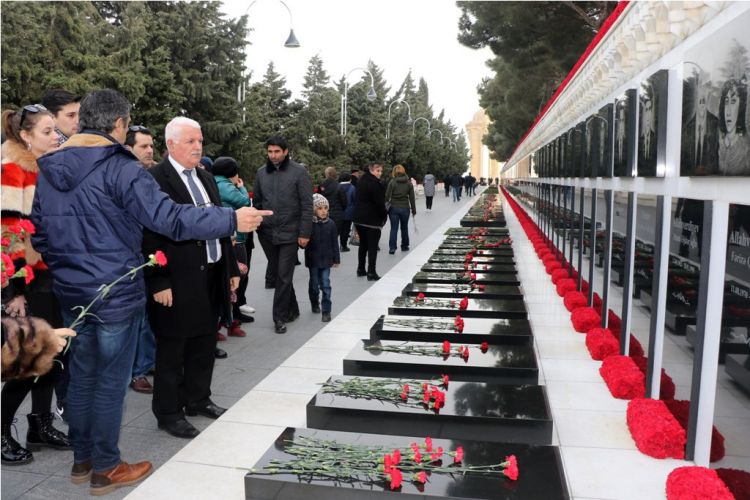 A group of Portuguese experts, members of international organizations, is on a visit to our country. During their visit on the eve of the 20th of January tragedy, they visited the Alley of Martyrs.

After the visit, the guests met with the President of the International Eurasia Press Fund (IEPF) Umud Mirzayev at the office of the organization.

Umud Mirzayev informed guests about the 20 January tragedy and the brutal murder of innocent people: "We know that carnation is a symbol of the Portuguese Revolution, and after 20 January tragedy, this symbol is sensitive to Azerbaijan, which unites our countries morally."

The guests shared their impressions about the trip with Eurasia Diary.

President of Intercultural Association For All Alexandre Coutinho expressed his impressions about Azerbaijan.

"On April 25, 1974, the Carnation Revolution took place in Portugal and the army took control over the government in the country, but without a single bullet, and they were flowing into squares with these flowers that we have seen in the alley and seeing the carnation here was very impressive, "said Alexander.

"We are very glad that we are here, you have a very peaceful and tranquil country, Baku is a safe and beautiful city, and tasting national dishes really good," says clinical psychologist Carolina Lourenço. "Before I came here, I did not have enough information about the country, and everyone should know what happened in Bloody January because we can not repeat mistakes again."

Caroline Lourenço expresses her feelings about Baku: "When we were traveling around the city, we talked about the existence of a beautiful mix between Asia and Europe, and I want to come back to your city to see it again."

Civil and Environmental Engineer Pedro Pinto spoke about the beauty of the city and the existence of different styles in Baku:

"I did not know about Black January, there is very little information in the world media, and we should touch such tragedies many times, and what's happening here is a shame to the world."

"Before I came to Baku, I saw photographs and videos of the city, but when I came here, I was amazed more," said designer Ana Almeida.

"Thank you for informing us about the 20th of January, it is important to remember this day for such horrors not to be repeated"

Youth Worker & Project Manager Vitor Mendes said he was in Baku for the second time and the city has been developed since its first visit:

"I visited Baku in 2008 and during these 10 years visited more than 40 cities, but I have never seen a city similar to Baku, and I promised myself to come back to Baku on the day I came to Portugal, when Alex told me that we had the chance to cooperate with Azerbaijan, I was very happy."

"When I was here I was informed about Black January, I was deeply regretted and very angry because it was very sad that the army attacked the people who were peaceful demonstrators."

Guests of our city are happy with the trip and said they would visit our country again. They called world for peace and unity, not to repeat the events of January 20 and not to kill innocent people. 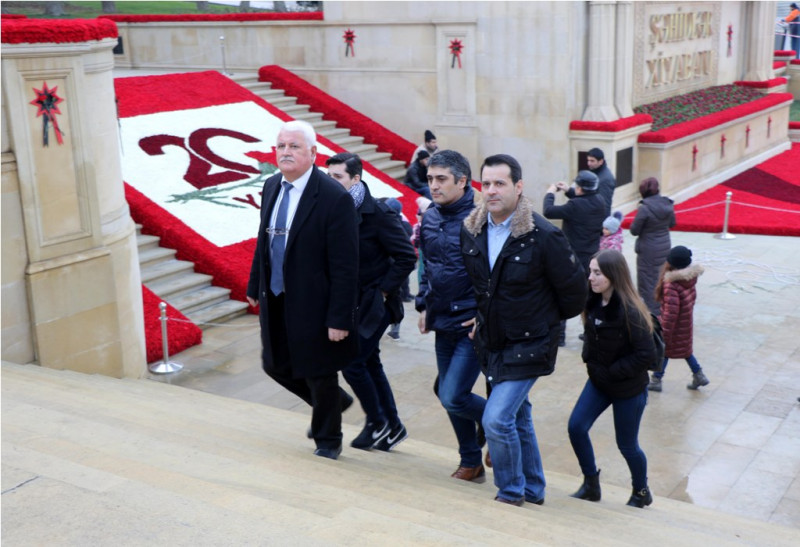 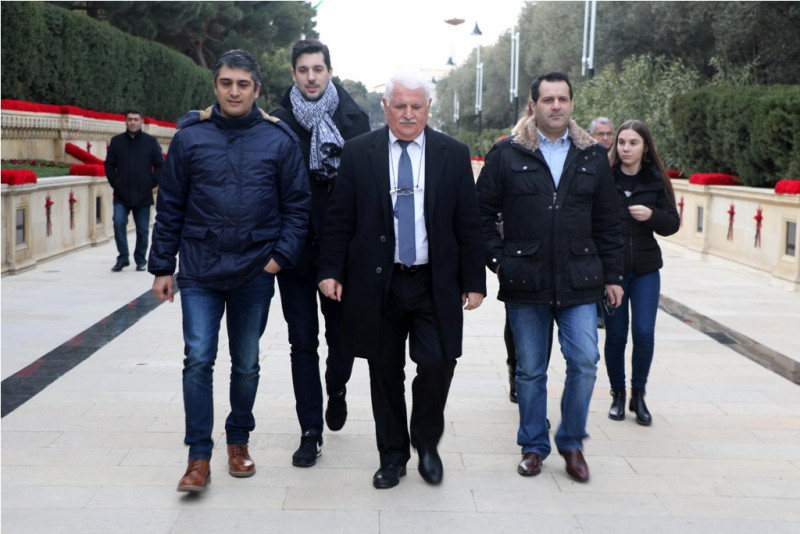 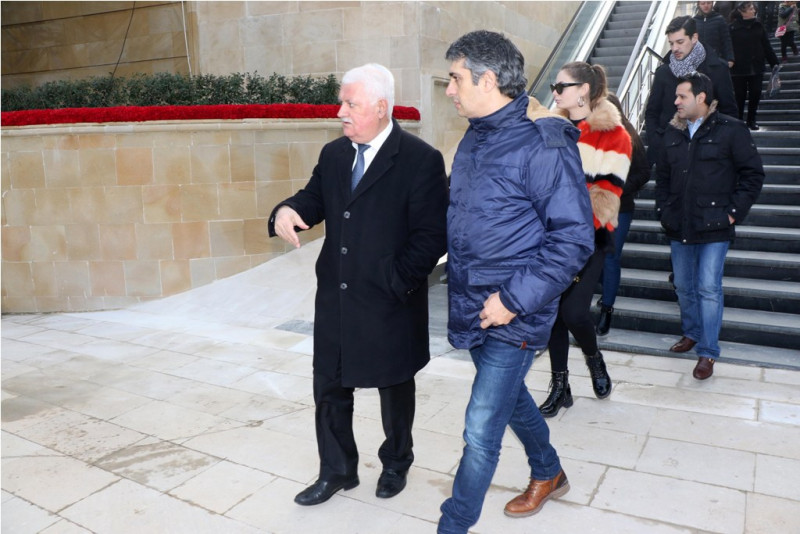 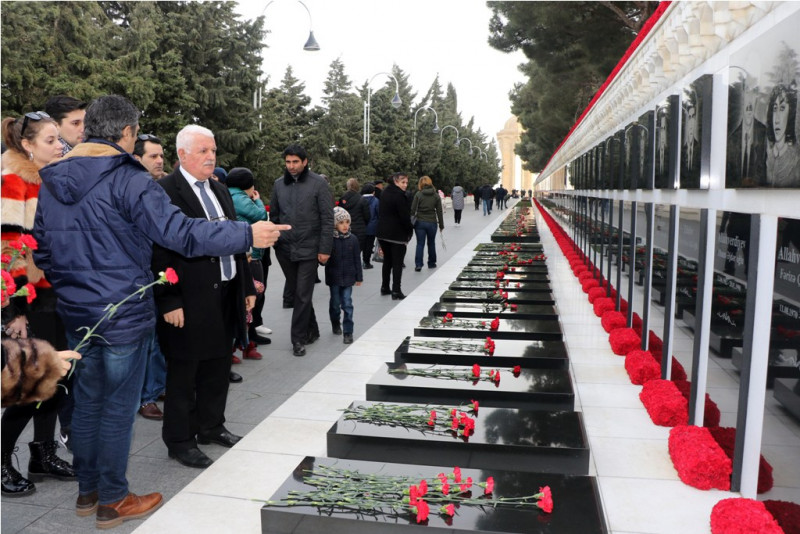 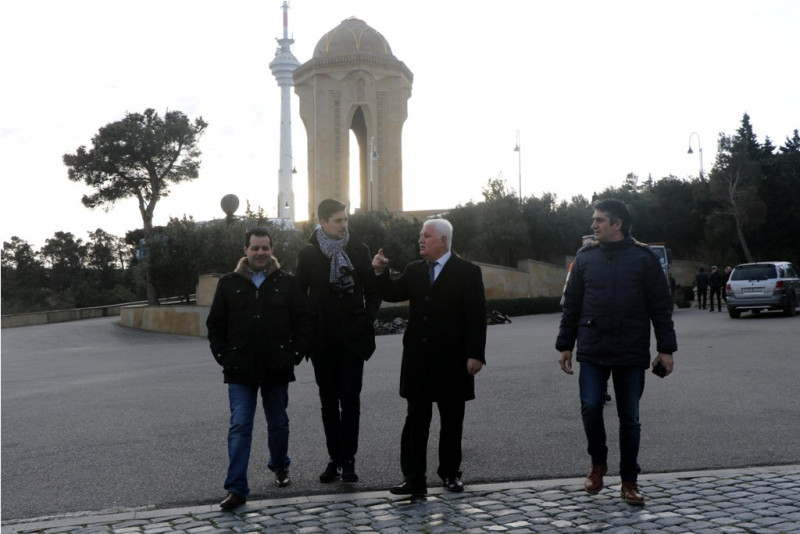 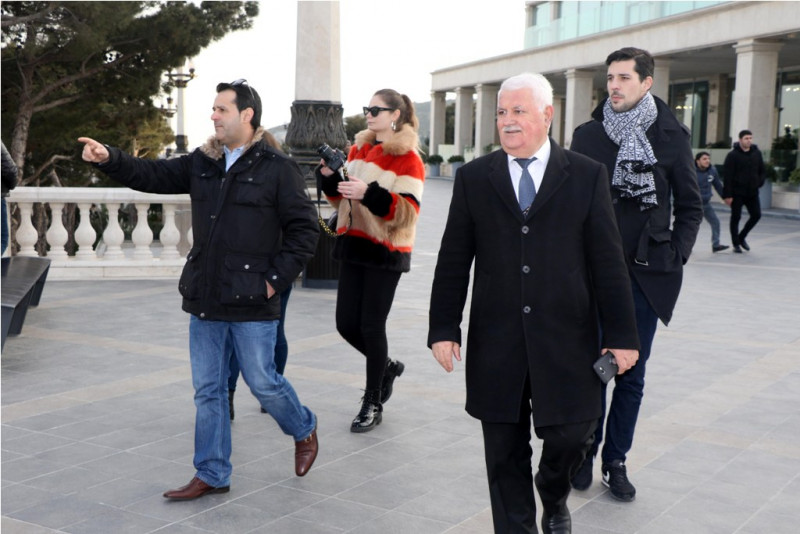 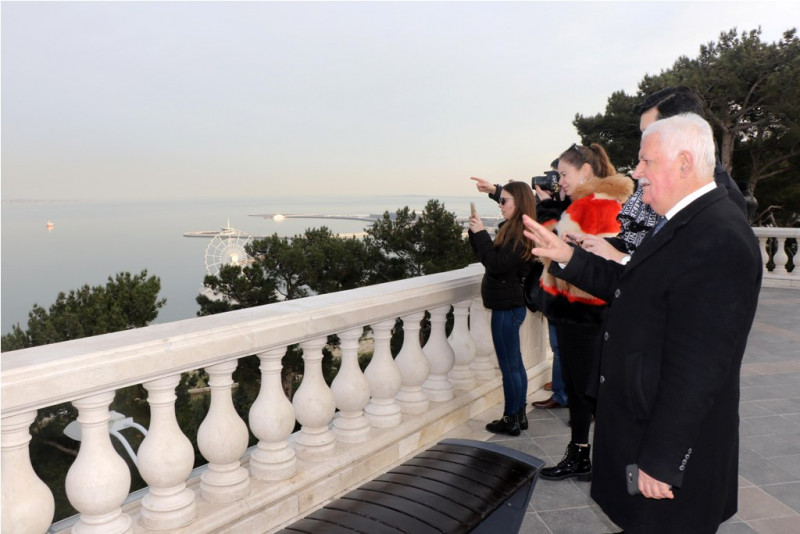 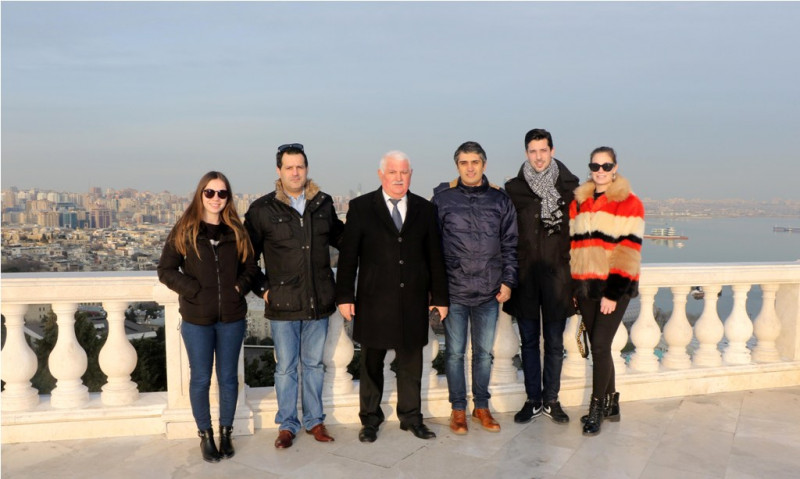 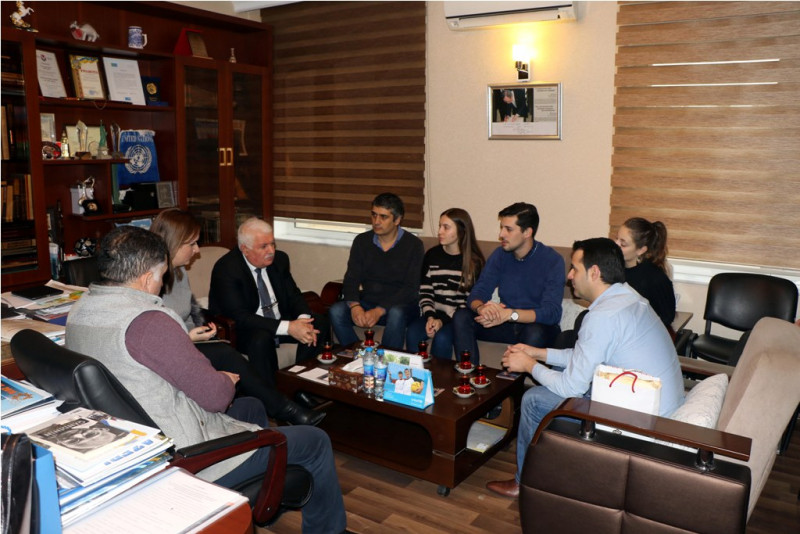 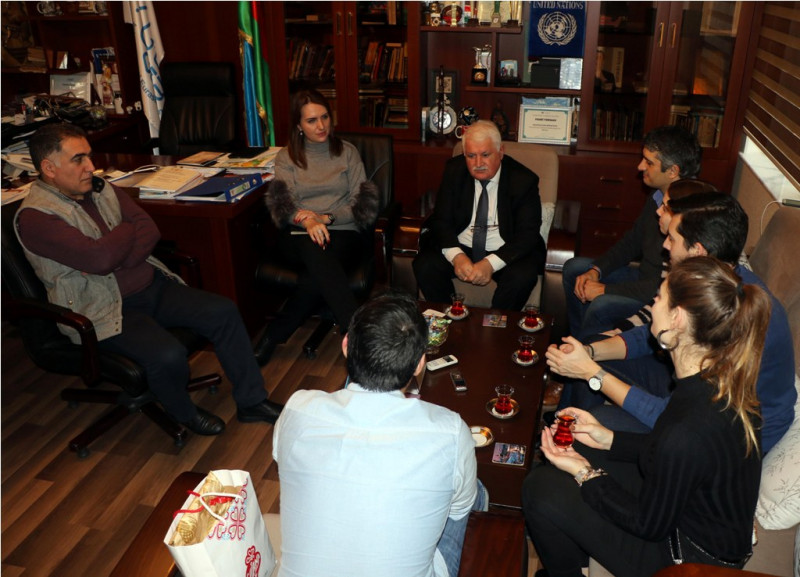 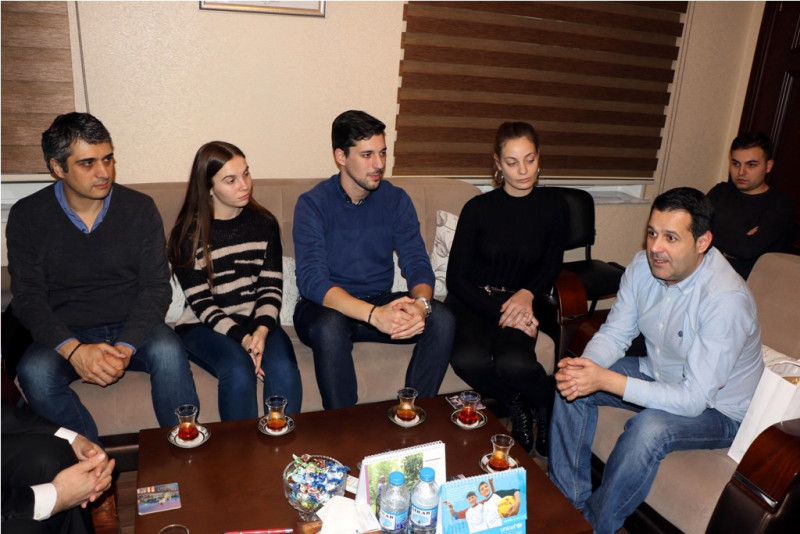 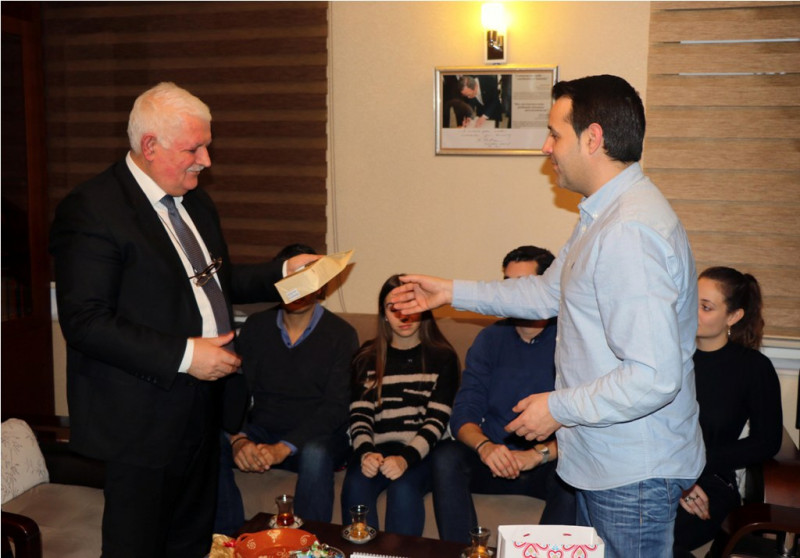