Ben Affleck confirms he won't be returning for The Batman | Eurasia Diary - ednews.net

IEPF signed a memorandum of cooperation with the Brussels Academy of Justice
Read: 238

Ben Affleck confirms he won't be returning for The Batman

We don't have a Batfleck, but we do have a release date. 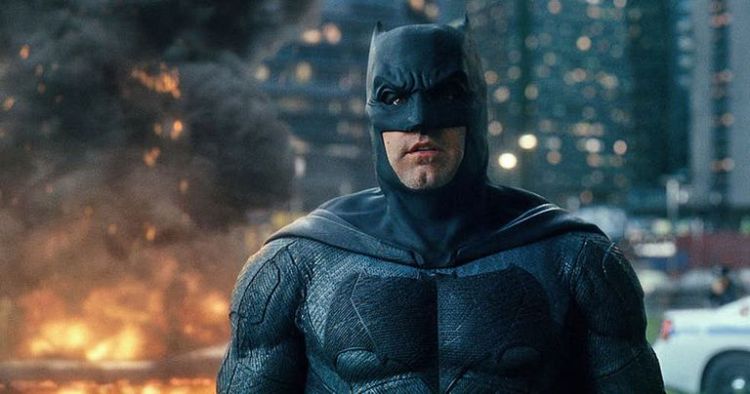 The writing was on the Batcave wall, but now it's official – Ben Affleck won't be returning for The Batman.

Excited for #TheBatman in Summer 2021 and to see @MattReevesLA vision come to life. https://t.co/GNgyJroMIO

Deadline reports that the next Bruce Wayne will be "younger".

Elsewhere, it has been announced that the film is arriving in cinemas on June 25, 2021.

Even though it's been a while since Worlds of DC fans have heard anything substantial about The Batman, rest assured that Reeves has been hard at work.

Reeves took over the project from original director and star Affleck nearly two years ago and has spent that time slowly developing a story to bring The Dark Knight back to the big screen.

In a new interview with The Hollywood Reporter, Reeves hinted that casting would soon begin on a Batman "Rogue's gallery" of villains.

"It's very much a point of view-driven, noir Batman tale," he explained. "It's told very squarely on his shoulders, and I hope it's going to be a story that will be thrilling but also emotional. It's more Batman in his detective mode than we've seen in the films.

"The comics have a history of that. He's supposed to be the world's greatest detective, and that's not necessarily been a part of what the movies have been.

"I'd love this to be one where when we go on that journey of tracking down the criminals and trying to solve a crime, it's going to allow his character to have an arc so that he can go through a transformation."

He was also asked about how The Batman would connect to the new Harley Quinn movie Birds of Prey, Aquaman and Shazam – and gave quite a surprising answer.

"Warners believes they don't have to try to develop a giant slate that has to have all the plans for how it's going to connect. What they need to try and do is make good movies with these characters."

That echoes comments from Warner Bros chairman Toby Emmerich, who recently said that "far less focused on a shared universe" with the Worlds of DC moving forward.