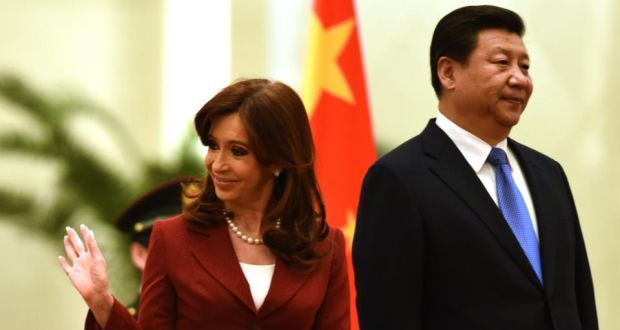 Knowledge of culture is one of the key elements that allow nations to get a deep understanding of one another’s political, economic, and social aspects. So it is necessary that Iran and China have a proper understanding of their respective cultures in order to bolster their cooperation.

Iranians think very highly of Chinese people because of the cultural, historical and civilizational similarities that they share with each other. Their historical relations trace back to the reigns of the Sassanid and Parthian empires in Iran, and the Han and Tang dynasties in China.

The Silk Road was the turning point in the histories of both countries and played a significant role in increasing cooperation between China and Iran. It facilitated the exchange of goods such as silk, gold, spices and many exotic materials, and people-to-people bonds between the two nations. In fact from ancient times to the modern day, the influences of Iranian and Chinese civilizations have been sensed in every sphere of human existence.

There are four dominant similarities between these great civilizations.

Being respectful toward parents

Both Chinese and Persian literature puts great emphasis on being respectful toward elders in general and one’s own parents in particular. Virtues of sacrifice, patience, maturity and tolerance are considered important in both Iranian and Chinese cultures.

In Confucian philosophy, filial piety means being good and respectful toward one’s parents. It emphasizes love, respect and support for parents. For instance, in “The Twenty-four Filial Exemplars,” Guo Jujing depicts how children were respectful toward their parents in the past. Similarly, Confucian philosopher Zeng Zi once said, “The body is given by the parents. How can we not be respectful with things given by our parents?”

Likewise, in Iranian culture, showing respect toward parents is also considered important, since they shoulder the great responsibility of shaping the personal characteristics of their children, and preparing them for life as adults. The family and culture, from the Iranian perspective, have close relations with each other. These issues are also illustrated in Iranian literature, especially in Saadi Shirazi’s Bustan and Guleitan.

Iran and China are considered human history’s oldest civilizations. Both nations have been the sources of many scientific discoveries and inventions. While the Chinese invented paper, silk, printing, the compass and gunpowder, Iranians invented a form of refrigeration (cold storage), sulfuric acid, and the qanat (water supply system), all of which have been developed and affected a great part of our contemporary life.

Therefore, the achievements of both the Chinese and Iranian civilizations have accelerated the progress of science and technology, enabling mankind to delve into this mysterious world and push the frontiers of knowledge.

Both nations deem their historical monuments and cultural heritages as integral parts of their cultures, since these ancient constructs represent their identities, history and bonds to the past. They are proud of their rich and great histories and cherish them, since they believe that their great pasts and cultural legacies motivated them to attain success, prosperity and peace.

As of 2018, 23 historical sites in Iran have been included in the list of UNESCO World Heritage Sites, while China has 53 sites, which means that both nations should have a plan to protect these cultural heritages.

In 2016, Mohammad Beheshti Shirazi, the head of Iran’s Research Institute of Cultural Heritage and Tourism, said Iranians placed great importance on renovation and maintenance of historical sites. He further noted that Iran was eager to deepen its cooperation with China to exchange their experience and knowledge on protecting cultural heritage.

Both nations give gifts on various occasions. The choice of gifts and how they should be wrapped are equally important.

Iranians bring souvenirs to give to their intimate friends or family members when they return from a trip. It is also very common to give gifts on birthdays or at wedding parties. They also give monetary gifts to their friends and relatives or family members during Nowruz, the Iranian New Year. This gift should be new banknotes or gold coins.

Wrapping a gift is also important in Iranian culture. The additional time people spent on wrapping the gifts signifies the great care and respect of the gift giver.

Similarly, in Chinese culture, people give gifts on birthdays, weddings, Lunar New Year and special events like a dinner at a friend’s home. Chinese may give monetary gifts, usually in red envelopes. Wrapping the gifts is also important in Chinese culture. While red, pink, yellow and gold colors have positive connotations, white, black and blue have negative connotations and should be avoided when wrapping gifts.