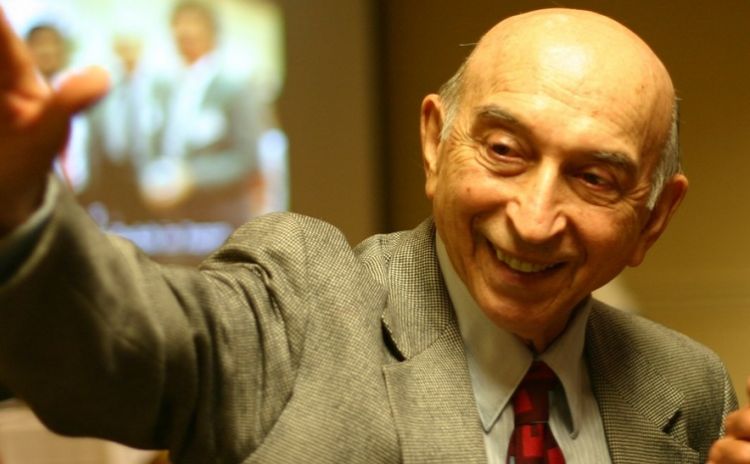 98 years have passed since Lotfi A. Zadeh's birth.

Lutfi A. Zadeh was born on February 4, 1921 in Baku. In 1944, he graduated from the University of Tehran with a degree in electrical engineering

Its famous theories-fuzzy logic, dynamical systems management and observation theories are the basis of modern science. The US National Center for Space Research (NASA) explores, designs and implements the management systems based on these theories.

Zade's greatest theory is the theory of fuzzy logic. This theory envisages dual clusters, that are basis of mathematics: the fuzzy cluster. Incorporation of fuzzy science in science has allowed more adequate consideration of the uncertainty of processes going on in nature and in society.

Lutfi Zadeh died on September 6, 2017. His body was brought from America to Azerbaijan and buried in the Alley of Honor.