Chinese communities worldwide welcome Year of the Pig with prayers, feasts and shopping 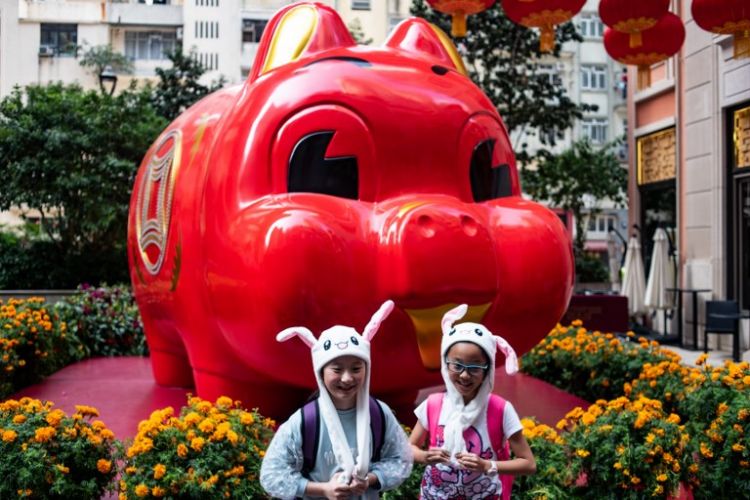 Chinese communities around the world welcomed the Year of the Pig on Tuesday, ushering in the Lunar New Year with prayers, family feasts and shopping sprees.

In mainland China over the past week, hundreds of millions of people have crammed into trains, buses, cars and planes to reach family and friends in the world’s largest annual migration, emptying the country’s megacities of much of the migrant workforce.

Celebrations will take place across the globe, from Southeast Asia’s centuries-old Chinese communities to the more recently established Chinatowns of Sydney, London, Vancouver, Los Angeles, Yokohama and beyond.

The most important holiday of the Chinese calendar marks the New Year with a fortnight of festivities, as reunited families wrap dumplings together and exchange gifts and red envelopes stuffed with money.

Pigs symbolize good fortune and wealth in Chinese culture and this year’s holiday brings a proliferation of porcine merchandise, greetings and decorations.

During the Spring Festival season — a 40-day period known as “Chunyun” — China’s masses will be on the move, chalking up some 3 billion journeys according to Chinese state media.

Streets and busy thoroughfares were uncharacteristically empty Monday in Beijing, with many shops and restaurants closed until next week.

A growing number of Chinese are also choosing to travel abroad, booking family trips to Thailand, Japan, and other top destinations.