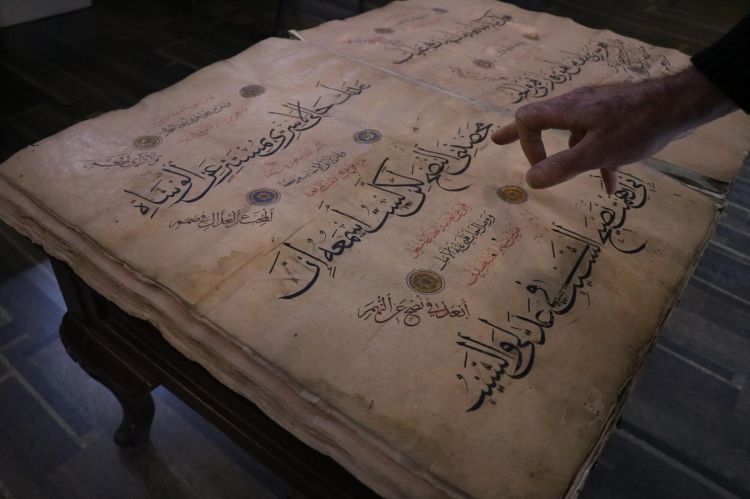 A Turkish manuscript library has been holding historic written works in authentic storages for 223 years.

The “Raşit Efendi Manuscript Library,” since its foundation in the 1790s in the Central Anatolian province of Kayseri, has been preserving unique manuscript work of arts with special compact storage units.

The library contains written works about religion, literature, history and geography in Arabic and Persian. Because of its unique manuscripts, the library is a valuable resource for university students, academics and researchers.

Historic manuscripts are held in special storage units to avoid moisture and corrosion.

Additionally, these cupboards, produced by a special turpentine tree in the late 1790s, are still steady to avoid beetles.

This building’s temperature and moisture are controlled by precision air conditioners.

Speaking to Anadolu Agency, a retired history teacher who has been a regular discussed the importance of the library.

“Raşit Efendi was a well-known bureaucrat in Ottoman history. He wanted to have a library in his hometown Kayseri,” Mehmet Karaarslan said.

“The original manuscript that includes his wish is also in his library, which makes it special.”

Karaarslan also talked about the library containing works that came after the foundation of İbrahim Müteferrika printing house.

Müteferrika is a prominent figure in Ottoman history. He was a Hungarian-born Ottoman diplomat and the first Muslim to run a printing press with Arabic letters.