Jude Law, who plays a young Dumbledore in the new Fantastic Beasts films, has opened up his character’s “dark” love for Newt Scamander. 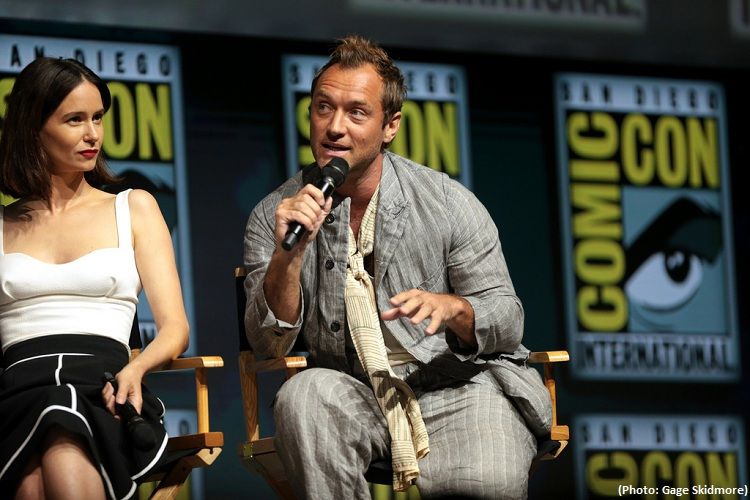 It’s no secret that the Dumbledore at the heart of the Fantastic Beasts films is incredibly different to the grandfatherly, twinkly-eyed, lemon sherbert-popping man of the Harry Potter stories. And no, we’re not just talking about the fact that Jude Law’s character (who is several decades younger in the prequels) has shunned his white beard and billowing robes for a goatee and sharp grey suit.

“This is something Jo Rowling said to me,” said Law, as reported by Cinema Blend. “The reason he loves Newt is that Newt loves beasts and I think he thinks he’s a beast.”

The actor continued: “I think he thinks he’s dark, that he’s seen and done things that he wishes he hadn’t and he’s constantly pulling himself back on the right moral side.”

Law previously said that Rowling had told him that Dumbledore was definitely a gay character. “But as with humans, your sexuality doesn’t necessarily define you; he’s multifaceted.”

Law went on to suggest that Dumbledore’s sexuality might play a greater role in later Fantastic Beasts films, in a bid to curb the widespread frustration expressed by fans that the character was not portrayed as “explicitly gay” in The Crimes of Grindelwald.

“What you got to remember this is only the second Fantastic Beasts film in a series and what’s brilliant about Jo’s writing is how she reveals her characters, peels them to the heart over time,” he said.

“You’re just getting to know Albus in this film, and there’s obviously a lot more to come. We learn a little about his past in the beginning of this film, and characters and their relationships will unfold naturally which I’m excited to reveal. But we’re not going to reveal everything all at once.”